Indian middle-order batsman Ambati Rayudu has announced his retirement from international cricket days after he was once ignored to replace Vijay Shankar in the World Cup competition. 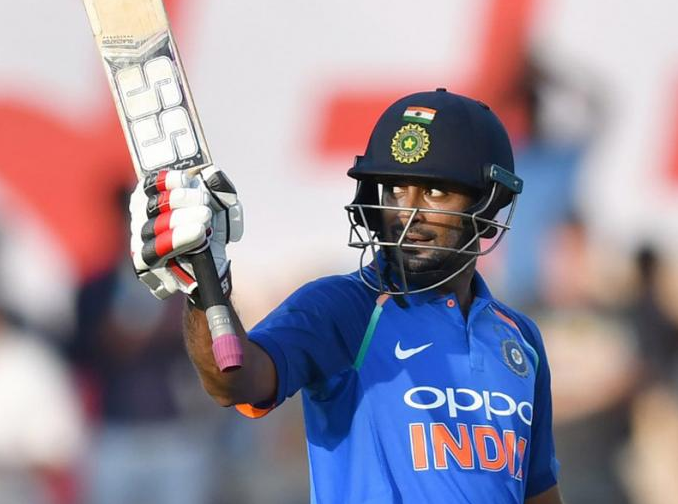 Rayudu’s exclusion from the team had stunned many cricket experts when the team for World Cup was announced earlier this year. While Rayudu and Rishabh Pant had faced rejections, Dinesh Karthik and Vijay Shankar were included in the team. Shankar was later ruled out of the World Cup due to injury, but the selection committee called in Mayank Agrawal as his replacement even though he has not played a single One Day International.

In comparison, Rayudu has represented India in 55 One Day Internationals and has scored 3 centuries and 10 fifties.

The BCCI’s decision to not consider Rayudu and instead prefer Agrawal to replace Shankar had left many puzzled. Even cricket commentator Harsha Bhogle had tweeted, “Then there is Mayank Agarwal. Top of his game for a couple of years, fine test debut, not among the contenders & then an opportunity to play in a World Cup at a crucial time. Delighted for him & it is a good choice. But it also tells you how far poor Rayudu has gone off the radar.”

Reacting to Rayudu’s decision to retire, former India opening batsman Wasim Jaffer said that while his exclusion from the World Cup squad was unfortunate, the former should not have retired. Jaffer said that Rayudu still had a few years of cricket left in him.

The Indian cricket board’s decision to prefer Vijay Shankar over Rayudu had evoked an angry reaction from the latter as he took to Twitter to write, “Just Ordered a new set of 3d glasses to watch the world cup.”

Rayudu’s ‘3D’ jibe was believed to have been made in reference to a statement by MSK Prasad, the chairman of the Indian cricket selection committee. Justifying Shankar’s selection over Rayudu, Prasad had reportedly said, “After the Champions Trophy, we tried quite a few people (at no. 4). We gave a few more chances to Rayudu. What Vijay Shankar brings is three dimensional…He can bat, if the conditions are overcast he can bowl, plus he is a fielder.”