Former India coach Ravi Shastri has told ex-Pakistani cricketer Shoaib Akhtar that Virat Kohli was a beast on a cricket field whereas Rohit Sharma was ‘laid-back’ and felt cricket came ‘too easy to him.’ 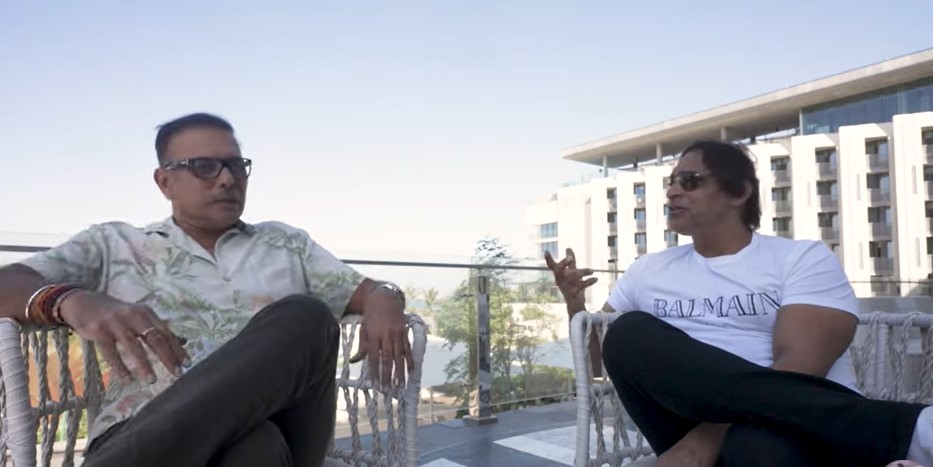 Speaking to Shoaib Akhtar on the latter’s YouTube channel, Shastri said, “Virat is like a beast on the field. He is a terrier. Once he enters the ground, he wants to compete. He is not worried about anybody and he is in-your-face and passionate. Off the field, he is totally opposite. Absolutely calm, chilled, no issue about him.”

Shastri was the team’s head coach until the end of the T20 World Cup last year. It was during the World Cup when Kohli announced his intention to step down as the team’s captain in the T20 format. India failed to qualify for the knockout stage after they suffered a humiliating defeat to arch-rival Pakistan.

The BCCI had sacked him as the ODI captain just before India left for South Africa to play three 50-over and three Test matches. India lost both the series. Kohli resigned as the Test captain after India’s 1-2 Test series defeat in South Africa.

Shastri said that there was an opportunity for Kohli to now contribute to the team as a batsman. He said, “That’s why for his sake, for the game’s sake. See he’s been like this, he’s been contributing as a captain. You know the challenge is there when you are not a captain anymore and to still have the energy to play as a player, get runs and help India win. If he (Kohli) does this, then he would have completed the full circle.”

The Indian cricket board had appointed Rohit Sharma as the captain in the limited-over cricket. Shastri said that Sharma was completely opposite to Kohli, calling him a ‘laid-back’ cricketer.

“Now Rohit, laid-back. Rohit is pretty much like MS (Dhoni). MS was unreal. I’ve never seen such a guy before. Whether he scores zero, hundred or lifts the World Cup, it doesn’t make any difference to him. I have seen a lot of players, but never seen quite like him (Dhoni),” he said.

Shastri revealed that Dhoni was averse to carrying a mobile phone. “If he can avoid having a phone in his hand, he will do that. That’s why I don’t have his mobile number till today. I never asked him for his number because I know he doesn’t carry one. If you have to get in touch with him you know how to do that.”

Referring to Sharma, the former India coach said, “Rohit, a laid-back. It was sometimes you got the feeling that the game came too easy to him, till he realised that ‘God has given me this gift and now let me also work harder and make the most of it’. And when in full flow, there are few batters who could play like him.”

Sharma will be leading Team India in the T20I and ODI series against West Indies during a six-match home series next month. Kohli too have been included in the team.