Riddhima Kapoor Sahni has lashed out at a social media user for peddling fake news claiming that her mother Neetu Kapoor and brother Ranbir Kapoor too had tested positive for COVID-19 along with filmmaker Karan Johar. Terming the social media post an ‘attention seeking’ exercise, Riddhima asked the user to stop ‘spreading rumours.’ 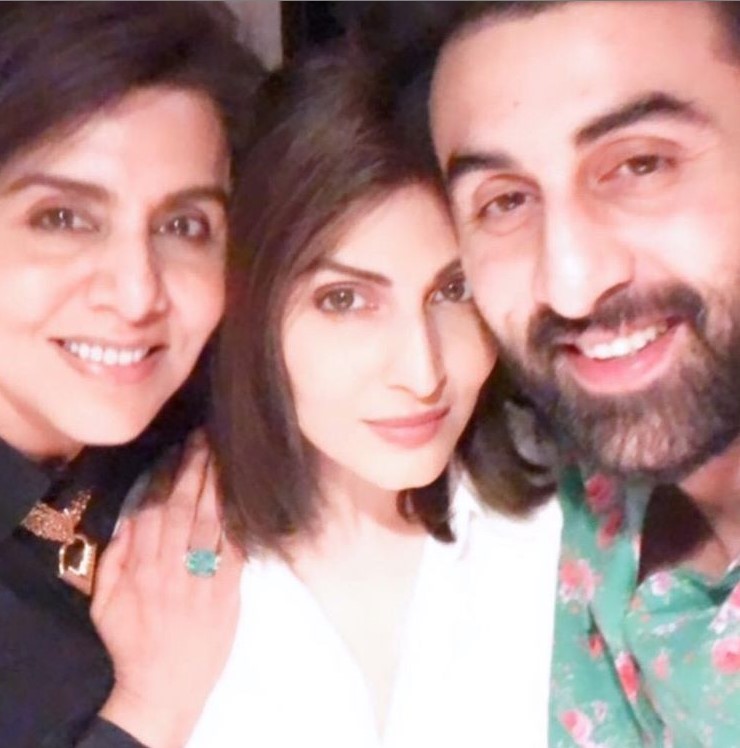 The Twitter user’s claim was in reference to the recent birthday bash of Neetu Kapoor. Among those attending Neetu Kapoor’s birthday was also Karan Johar. This is Neetu Kapoor’s first birthday since losing her legendary actor husband, Rishi Kapoor, to leukaemia on 30 April.

Sharing the photos of her birthday bash, Neetu Kapoor had written a moving note,”The richest are the ones with good relationships!!! We all need love ,support strength from our loved ones always ????I feel the richest today ??”

Senior Bachchan on Sunday thanked his fans and well-wishers for their prayers as he wrote, “… to them that have expressed their concern, their prayers and their wishes for Abhishek Aishwarya Aaradhya and me .. my unending gratitude and love ..♥️
I put my hands together and say thank you.”

… to them that have expressed their concern, their prayers and their wishes for Abhishek Aishwarya Aaradhya and me .. my unending gratitude and love ..♥️ I put my hands together and say thank you? वो सब जिन्होंने अपनी प्रार्थनाएँ अभिषेक, ऐश्वर्या आराध्या और मुझे , व्यक्त की हैं , मेरा हृदय पूर्वक आभार ?

Abhishek, for his part, confirmed the news of his wife Aishwarya and daughter Aaradhya testing positive for COVID-19 as he tweeted, “Aishwarya and Aaradhya have also tested COVID-19 positive. They will be quarantining at home. The BMC has been updated of their situation and are doing the needful.The rest of the family including my Mother have tested negative. Thank you all for your wishes and prayers.”

Mumbai continues to remain the worst-hit Indian city by coronavirus.