Rana Ayyub has moved the Delhi High Court challenging the travel ban imposed on her in the wake of money laundering charges made by the Enforcement Directorate. Ayyub was stopped from leaving India this week. 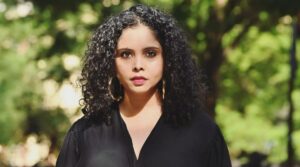 Ayyub’s counsel mentioned the petition before the Delhi High Court Bench of Acting Chief Justice Vipin Sanghi and Justice Navin Chawla on Thursday. Ayyub’s lawyer reportedly prayed for an early hearing on Friday saying that she had to travel abroad tomorrow (Friday).

The court, according to the Bar and Bench website, said that it will be listed for hearing tomorrow if the matter is filed before 11 AM.

Ayyub was stopped from leaving India at the Mumbai airport since the Enforcement Directorate had issued a look out notice against her in the money laundering case.

Ayub has taken to Twitter to write, “I was stopped today at the Indian immigration while I was about to board my flight to London to deliver my speech on the intimidation of journalists with International Center for Journalists. I was to travel to Italy right after to deliver the keynote address at the journalism festival on the Indian democracy.”

The ED had earlier attached her Rs. 1.77 crores in a money-laundering probe.

Ayyub was alleged to have collected public donations using the personal bank accounts of her sister and father. In an extraordinary confession, Ayyub had later confirmed making a contribution of Rs. 74.50 lakh to PM Cares and CM Relief Funds amidst probe. She had collected this money in donations on the pretext of helping poor.

In a statement released by her, Ayyub had also confessed to accepting crores of rupees through crowdfunding into bank accounts owned by her father and sister before routing that money into her account.