Congress leader Rahul Gandhi on Wednesday tore into the Centre’s Narendra Modi government as he spoke about ‘Two Indias’. Speaking on the Motion of Thanks to President Ram Nath Kovind’s address in Lok Sabha, Gandhi highlighted how there was ‘no longer one India.’ Hours later, his political adversaries took to Twitter to compare his speech with that of comedian Vir Das, whose monologue on ‘Two Indias’ had left Hindutva supporters incensed. 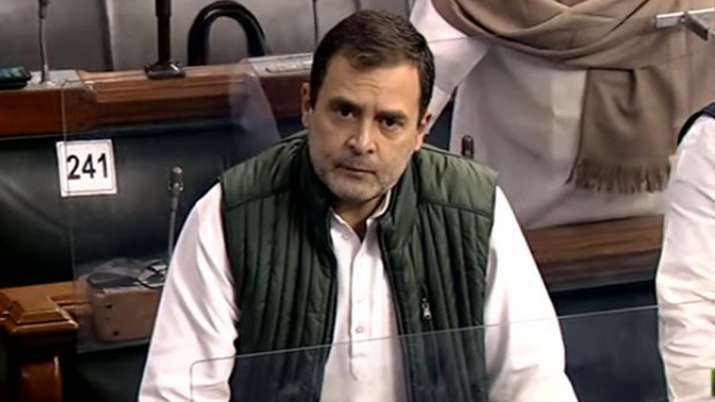 Gandhi later took to Twitter to extend his parliament speech further as he wrote, “There are 2 competing visions of India. One, of a Union of States, where decisions are taken through conversation & negotiation – a partnership of equals. Another, of rule by a Shahenshah’s diktat. This hasn’t worked in 3000 years. BJP’s flawed vision has weakened our nation.”

He added, “Institutions – instruments of conversation between states & people – are being destroyed by BJP’s idea of India. They’ve created a divide where a “Double A” variant of the very richest monopolise all sectors. Yet in “Gareebon ka Hindustan”, 3 crore youth lost jobs in 2021.”

Institutions – instruments of conversation between states & people – are being destroyed by BJP’s idea of India.

They’ve created a divide where a “Double A” variant of the very richest monopolise all sectors.

While Gandhi earned plaudits for his fiery speech from his supporters, his political rivals and their social media army took potshots at him by drawing a parallel between his speech and the monologue delivered by Vir Das.

The making of two Indias, firstly opposed by @thevirdas, was well exploded by @RahulGandhi today. In short, #RahulGandhi made #VirDas‘s statement easy for the #AndhBhakts to understand.

If they still wish to oppose Vir Das or Rahul Gandhi, blind bhakti of AndhBhakts is incurable

Possibly a single power (a business who has pledged billions to destroy democracies) is controlling the opposition.

Entire opposition has become a puppet of the ‘Leftist Ideology’.

After hearing @RahulGandhi speech it’s pretty easy to connect how impactful @thevirdas has been. Never stop Vir ! People are listening

In November last year, Vir Das had was widely praised for his viral monologue video titled ‘Two Indias’ highlighting the intrinsic hypocrisy involving the country’s politicians. Speaking at the Kennedy Center in Washington DC, Das highlighted how he came from India where people worshipped women in the day but gangraped in the night.