Prime Minister Narendra Modi on Friday said that he had gone to jail fighting for the independence of Bangladesh when he was in his early 20s. However, no sooner did Modi make the claim, Twitterati began to question the authenticity of the prime minister’s claims and trended hashtag #LieLikeModi. 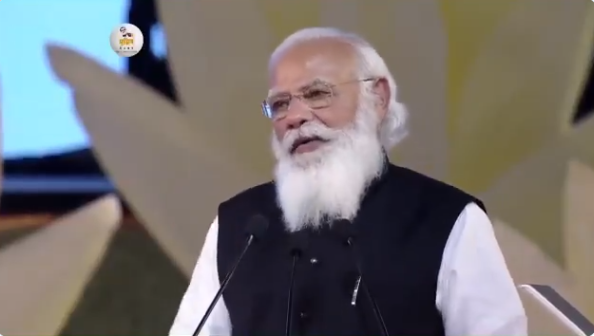 Speaking in Bangladesh in the presence of the neighbouring country’s prime minister, Sheikh Hasina, Modi said, “I was about 20-22 years old when along with some friends I had protested in favour of Bangladesh during its struggle. I even went to jail. Pakistan’s atrocities in Bangladesh are well known…the pictures didn’t allow me to sleep.”

However, netizens began to question the Indian prime minister’s claims with many asking if he was in Pakistan since the Indian army had played a key role in Bangladesh’s liberation and there was no question of the Indian authorities sending him behind the bars.

Modi says he fought for independence of Bangladesh and was even sent to jail. But wasn’t India fighting a war with Pakistan to liberate Bangladesh? So where did he go to jail? Was he in Pakistan?

Hang on! I thought around that time he was in Himalayas? ?pic.twitter.com/xlfv0vMUfR

Nehru will be remembered for setting up the foundation of Modern India.

Indira Gandhi will be remembered for making Bangladesh.

PM Modi claimed he went to jail for protesting for Bangladesh’s freedom.

Since India was fighting for Bangaldesh, it is obvious anyone found supporting Pakistan would be jailed during that period.

It was Modiji who welcomed Vasco Da Gama at ‘Smart City’ Calicut. #LieLikeModi

Modi also said that India ‘will not forget those who gave their lives for Bangladesh.’ “Bangabandhu Mujibur Rehman was a ray of hope. He made sure that no country could enslave Bangladesh. The efforts of PM Indira Gandhi in 1971 are also well known,” he added.