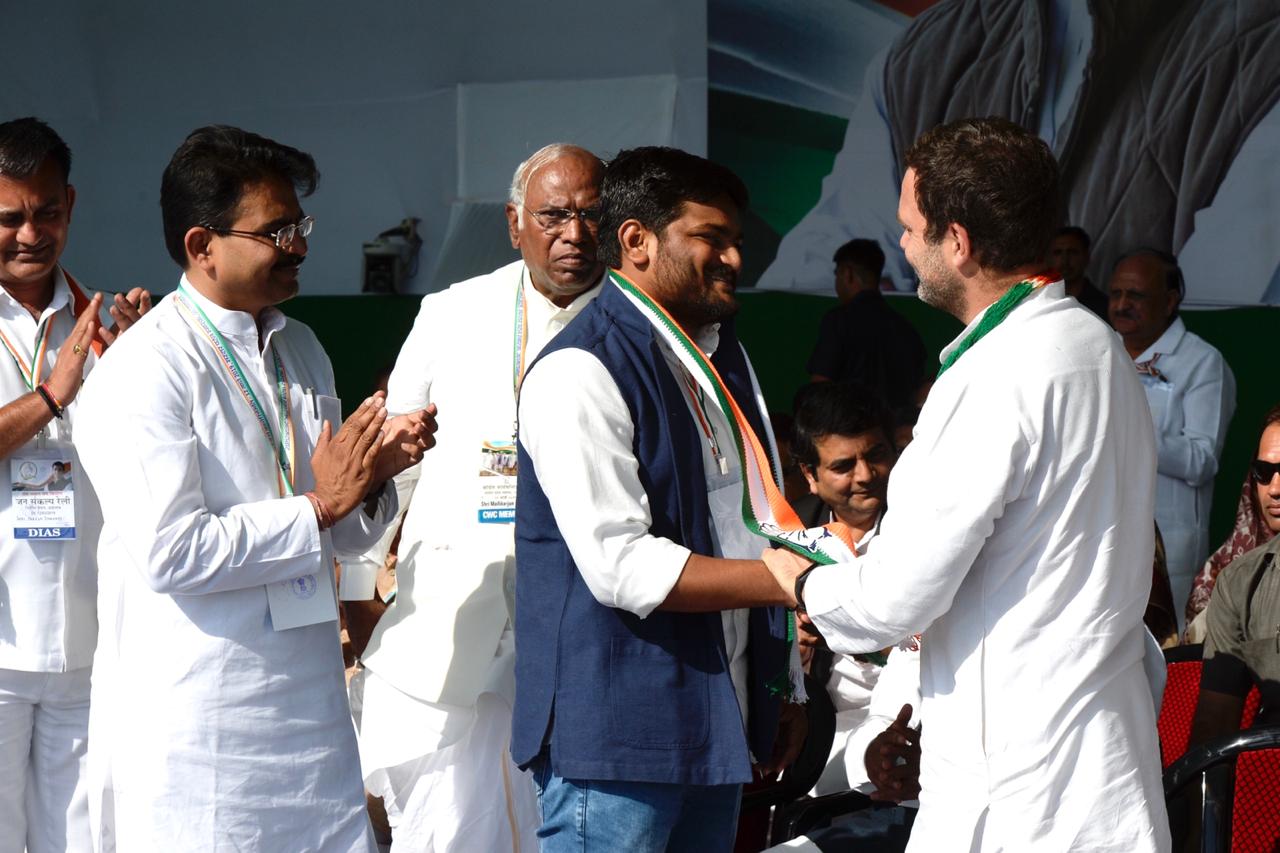 Patel was present at the Congress’ scheduled rally in Gandhinagar. Earlier on Tuesday, the Congress had held the first ever meeting of its highest decision making body, Congress Working Committee, in Gujarat.

Speaking in Gandhinagar, Rahul Gandhi said, “After years, the CWC meeting has taken place in Gujarat. We conducted the meeting here, because there’s fight between the two ideologies in the country and in Gujarat you will find both the ideologies.” 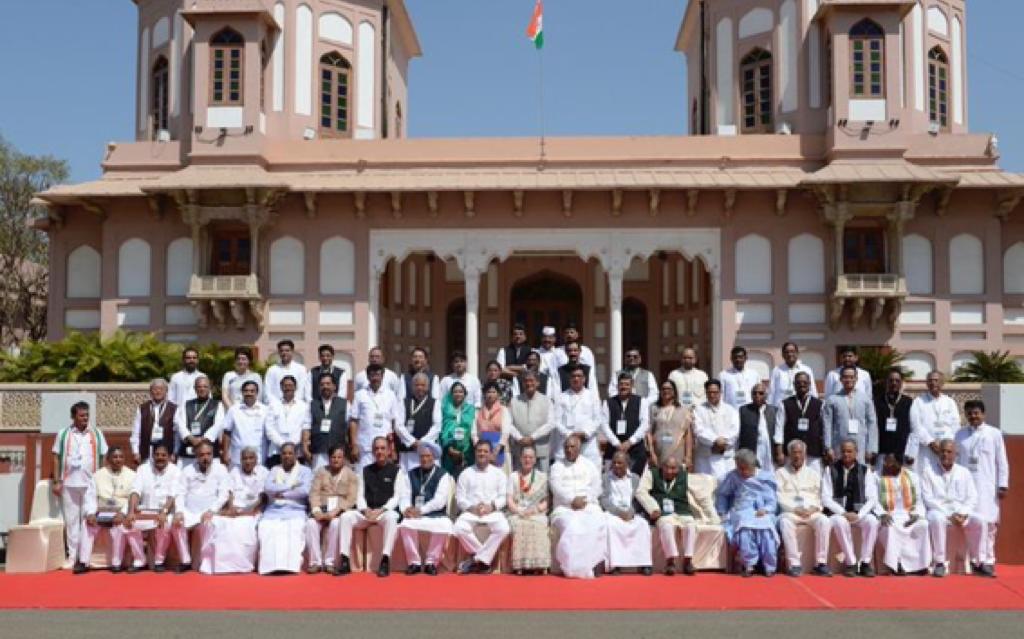 Gandhi’s sister Priyanka Gandhi Vadra, who was recently appointed as the AICC General Secretary in-charge of Uttar Pradesh East, too spoke at the rally in Gandhinagar. She said, “You will have to think what exactly is this election about. What are you going to choose in this election? You are going to choose your future. Useless issues must not be raised. Your awareness will help bring these issues to the fore.”

“Issues which should be raised must comprise as to what is most important for you and how can you move forward. How will youth get jobs, how will women feel safe, what will be done for farmers. These are the issues for elections,” she added.