The Indian parliament on Monday discussed the ongoing water crisis plaguing a large swathe of the country amidst a chilling warning that 21 Indian cities including the national capital Delhi will run out of groundwater by next year. 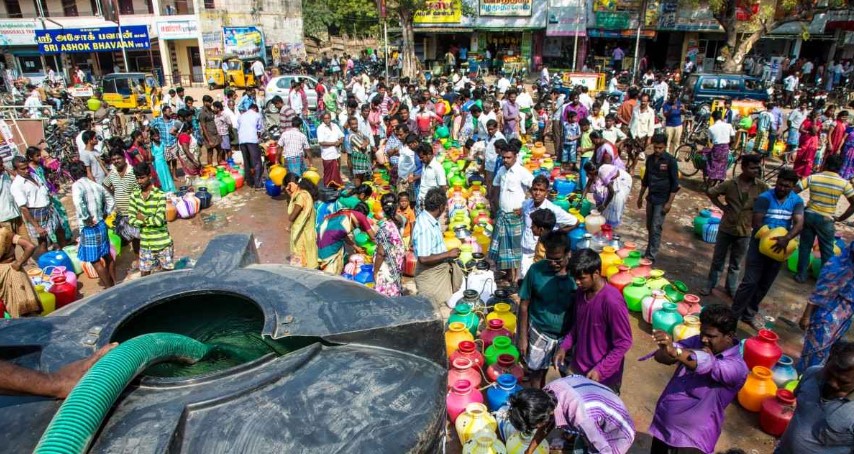 Gajendra Singh Shekhawat, in-charge of the newly created Jal Shakti Ministry, answered a question on the linking of rivers to address the water scarcity problem in the country. A member, according to Indian Express, then asked him about recharging groundwater, to which the minister replied that the government was mapping all aquifers.

This has come after a report by the government’s own thin-thank NITI Aayog predicted that as many as 21 major cities are expected to run out of groundwater as soon as 2020, affecting 100 million people. The cities likely to run out of groundwater are Delhi, Gurgaon, Agra, Jaipur, Ghaziabad, Ratlam, Indore, Patiala, Gandhinagar, Ajmer, Jodhpur, Bikaner, Ludhiana, Amritsar, Jalandhar and Yamuna Nagar in the north and Chennai, Hyderabad, Bengaluru and Vellore in the southern part of the country.

The monsoon has been late to arrive in some parts of the country, leaving more than 125 people dead in the unbearable heatwave. A large swathe of the country continues to wait for the monsoon to arrive. Schools in and around the Indian national capital have been asked to remain shot for one more week in view of the ongoing heatwave.

A data analysis by CNN said that 40 percent of India’s population will have no access to drinking water by 2030, 11 years from now. (You can watch the full video below).

Chennai in particular is already facing one of its worst water crises with visuals of people queueing up for several hundred meters in anticipation to fetch water, delivered by water tankers were widely shared on social media recently.

Experts say that the current crisis could easily trun into a catastrophe if urgent steps on effective water management are not taken.