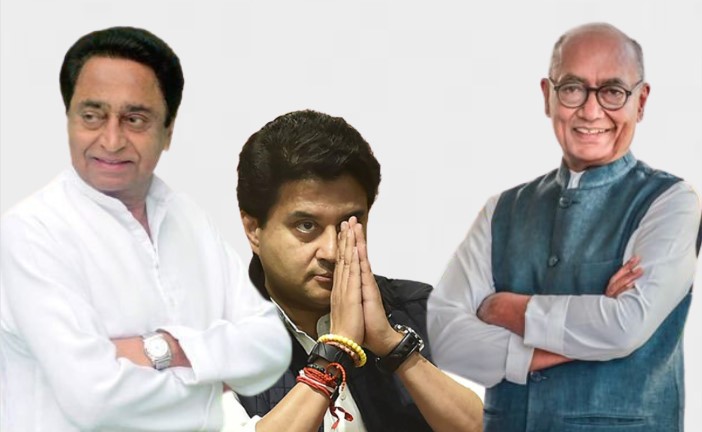 Nath replied, “Which tiger is alive? Paper tiger or a circus one.” He also told a gathering, “I am not Maharaja. Neither am I Mama. I also did not sold tea. I am Kamal Nath. Let people decide who’s the real tiger.”

Scindia’s supporters often address him as Maharaja due to his connection to the erstwhile royal family of Madhya Pradesh. Chief Minister Shivraj Singh is often addressed as Mama  and Prime Minister Narendra Modi has often claimed to have sold tea as a child. Though there’s no evidence available to support his claim on selling tea.

Reacting to Scindia, Digvijaya Singh, himself a former chief minister of Madhya Pradesh, wrote on Twitter, “When hunting was not banned, Madhavrao Scindia (Jyotiraditya Scindia’s late father) and I would often hunt tigers. Since (Former Prime Minister) Indira (Gandhi) ji brought the Wildlife Conservation Act, I only shoot tigers in my camera.”

In another tweet, Singh wrote, “You all know the true character of a tiger. Only one tiger lives in one jungle.”

The controversy was triggered after former Congress minister in the Manmohan Singh government, Jyotiraditya Scindia, on Thursday used Salman Khan’s film to issue a warning to his former party colleagues, Kamal Nath and Digvijaya Singh. This was after 12 of 22 Scindia loyalists, who had defected to the BJP to bring down the Kamal Nath government, were accommodated in the Shivraj Singh government as ministers on Thursday.