Madhya Pradesh IAS officer Manjusha Vikrant Rai has become a topic of intense social media conversations after she was seen slapping a young boy in a  viral video. Rai, who is currently posted as the Upper Collector of Shajapur district in Madhya Pradesh, could be seen launching a physical assault on a boy, who had reportedly visited a shoe shop in his neighbourhood. 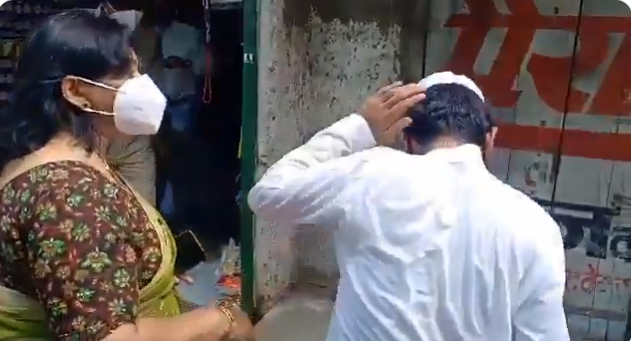 Sharing the video of Rai’s criminal act, journalist Anurag Dwary wrote, “The slapping video of Shajapur Upper Collector Manjusha Vikrant Rai is viral. She slapped a child, who was present inside a shoe shop during corona curfew. ADM lost her cool to see the shop open.”

As expected, the video evoked angry reactions from netizens with demand for strict action against Rai gaining momentum.

Why no outrage against this woman? Why’s her action less criminal than what Chattisgarh DM #RanbirSharma did? pic.twitter.com/RDAJpahemQ

What on earth is wrong with our officers on duty???? ADM Manjusha Rai slaps a person for violating lockdown!!!why this brazen drunk on power attitude?? This incident of Shajapur in MP…Hope ⁦@ChouhanShivraj⁩ acts against this officer!! pic.twitter.com/WMsbdClFu6

This is Manjusha Vikrant Rai, ADM Shajapur, slapping fellow citizens with impunity. Which law allows her to do that? @ChouhanShivraj needs to take strong disciplinary action. @bhupeshbaghel had promptly removed Surajpur collector for a similar incident yest, and even apologized. https://t.co/lgUzdzQAaY

Earlier, the Chhattisgarh government had to remove IAS officer Ranbir Sharma after he was caught assaulting a boy for allegedly violating the lockdown rules. A similar incident was reported from Bengaluru where civic body officials were seen brutally assaulting young boys for refusing to take corona test. The BBMP has merely launched an inquiry with criminals enjoying impunity for their violent actions.