20-times Grand Slam Champion Novak Djokovic has broken his silence for the first time since being deported from Australia last month. Djokovic has sensationally said that he would happily sacrifice future Grand Slam titles than to get a COVID vaccine. 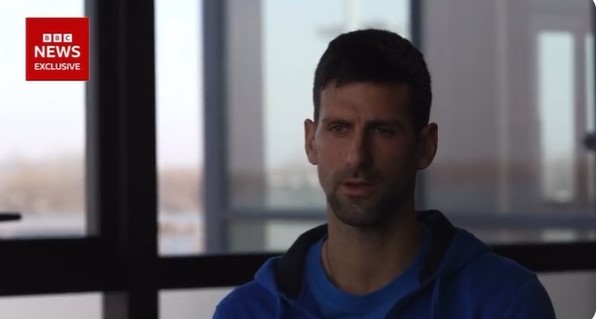 In an exclusive interview with the BBC, the Serbian tennis legend said that he was not a part of anti-vax movement but he supported an individual’s right on vaccinations.

When asked if he was happy to miss out on future Grand Slam competitions such as the French Open and Wimbledon, Djokovic said, “Yes, that is the price that I’m willing to pay.” He added, “Because the principles of decision making on my body are more important than any title or anything else. I’m trying to be in tune with my body as much as I possibly can.”

Djokovic said that he was never against vaccinations adding that he had vaccines as a child. “But I’ve always supported the freedom to choose what you put in your body,” he added.

3) Attempts to distances himself from the anti-vax community pic.twitter.com/pp4UCvfibM

The Serbian was prevented from playing in this year’s Australian Open after he was deported from the country unceremoniously. As the top-seed, he was the favourite to win the Australian Open.

A victory would have made him an all-time great given that he was level with Roger Federer and Rafel Nadal with 20 Grand Slam titles. However, it was Nadal, who has now become the all-time great by taking his Grand Slam tally to 21.