Finance Minister Nirmala Sitharaman’s husband has hit out at the Centre’s Narendra Modi government for its inability to handle the current economic chaos in the country. Writing in a newspaper on Monday, Parakala Prabhakar said that the Modi government ought to embrace the economic policy of former Prime Ministers, Narasimha Rao and Manmohan Singh, to pull India out of the ‘choppy waters.’ 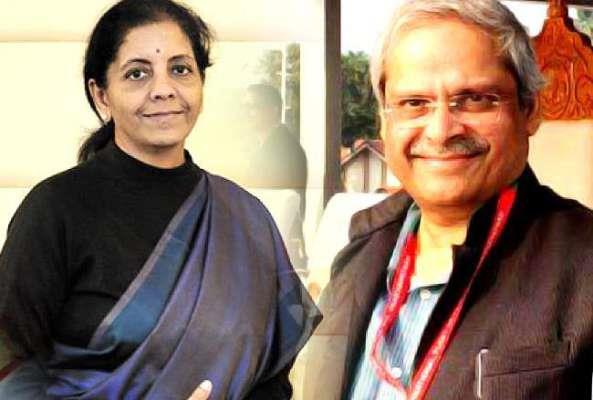 “The BJP could, therefore, have released itself from that limiting agenda by wholly embracing and even owning the Rao-Singh economic architecture,” Prabhakar wrote in The Hindu. He continued, “The BJP has not challenged or rejected Rao’s 1991 architecture. A full-fledged embrace and an aggressive pursuit of it even now could provide the BJP and the government led by Prime Minister Narendra Modi a lodestar to steer the economy out of the choppy waters it is in at present. That architecture could help the BJP remove the present infirmity in its economic thinking.”

Prabhakar also made several references to the start of India’s economic liberalisation in 1991 under Rao as the country’s prime minister and Singh his finance minister.

The finance minister’s husband, a former communications adviser to the Andhra Pradesh government, sarcastically concluded that in the absence of the BJP embracing the economic policy of Rao and Singh, the leadership will ‘continue to be offered to the BJP by the shouting analysts on television and in WhatsApp forwards.’

His stinging attack on the government’s inability to effectively tackle the economic downturn in the country comes just a days after India’s industrial production shrank by 1.1 %. Both the World Bank and Moody’s have cut down their economic growth forecasts for India to 5.8 % and 6 % respectively.

BJP’s Rajya Sabha MP Subramanian Swamy had recently slammed members of his own party, who were in denial of the economic slowdown. Swamy had written on Twitter, “This is Govt Regulator saying. We don’t need comments now from those who can’t see that the “Emperor” is wearing no clothes.”