Police in Malda have arrested two individuals for the cold-blooded murder of a Muslim man Sanaullah Sheikh, who was lynched by a mob last week. Sheikh succumbed to his injuries at a hospital in Kolkata three days after being lynched. 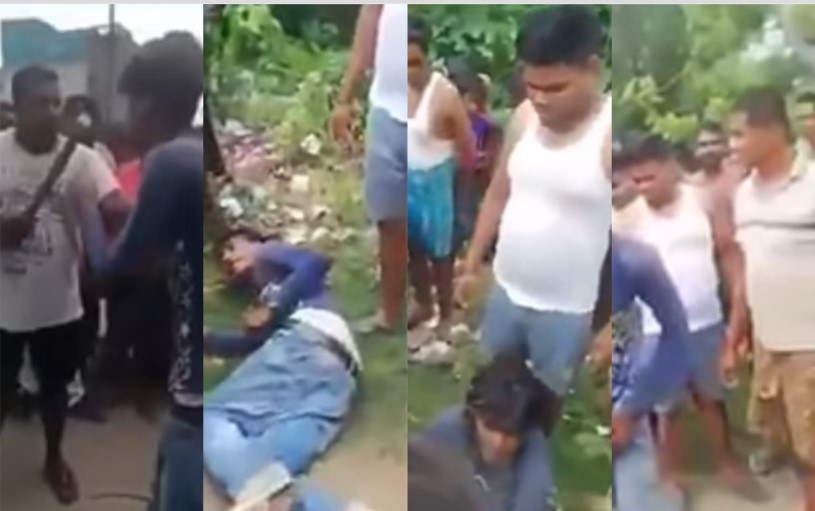 Sheikh, in his early 20s, was largely unemployed and lived with his wife, three children and mother in Malda’s Chak Meherdi village. Sheikh was called to a nearby Baishnabnagar market, where a mob was waiting to launch a violent attack.

“He was asked to start a bike so that he could be framed as the one stealing it,” The Hindu quoted an official as saying.

In the viral video, a group of people wearing traditional lungi and shorts could be seen violently punching and kicking the victim even as he begged for mercy.

According to local residents, one Bappa Ghosh of the BJP, who was earlier linked with the Communist Party of India-Marxist [CPI-M] had led the mob that killed Sheikh. The BJP was quick to dissociate itself from Ghosh. The party claimed that Ghosh had campaigned for the Trinamool Congress in the last Lok Sabha polls.

Local Trinamool functionaries have denied the allegations stating that those responsible for the murder of Sheikh had no connection with the ruling party of Bengal.

Sheikh was first taken to a local hospital Bedrabad. He was shifted to Malda Medical College and Hospital before being shifted to Kolkata’s SSKM Hospital, where died on Sunday.

His death evoked angry reactions as people staged a blockade on NH-34 on Sunday before proceeding towards Baishnabnagar police station. Cops, according to Firstpost website, had to request Congress MLA of the adjoining assembly segment of Sujapur, Suja Khan Choudhury, and other party leaders to pacify the mob.