The Mumbai Police have arrested an engineering student, identified as Vishal Jha, in the Bulli Bai case, while another woman was nabbed from Uttarakhand. The arrest of an engineering student comes weeks after the Mumbai Police had picked up an IIT graduate Ramnagesh Akubathini from Hyderabad for sending rape threats to the 9-month-old daughter of Virat Kohli and Anushka Sharma last year. 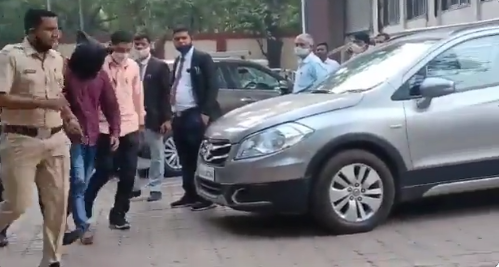 According to reports, the Mumbai Police arrested Jha from Bengaluru before bringing him to Maharashtra. A lower court sent him to 10-day police custody. The police have also detained a woman, who is being described as the prime suspect in the Bulli Bai case. According to the police, Jha was in constant touch with the woman.

The Bulli Bai case gained international spotlight after a group of Muslim women including journalists and activists took to social media on 1 January informing how their photos had been put up for auction on a vile app. The app was hosted on the GitHub platform to humiliate Muslim women. GitHub had later removed the app from its platform amidst global outrage on the matter.

In November last year, the Cyber Cell of the Mumbai Police had arrested a Hindutva fanatic, identified as Ramnagesh Akubathini, for threatening to rape the 9-month-old baby of Indian skipper Virat Kohli and actor Anushka Sharma.

As expected, the arrest of another engineering student for his alleged involvement in a heinous cybercrime has left netizens shocked.

Vishal Jha. What a damn shame. Trust me he was not acting alone. More arrests are needed.

The indoctrination of hate is on. It’s a dangerous project supported and masterminded by religious fundamentalists. #BulliBaiApp

The accused arrested in the Bulli Bai ‘auction listing’ of Muslim women has been identified as VISHAL JHA.

Their primary socialization is fuelled by brahminical patriarchy. This is horrible.

Ritesh Jha was behind sulli deals and Vishal Jha is behind bulli deals. Hindu savarna men did this.