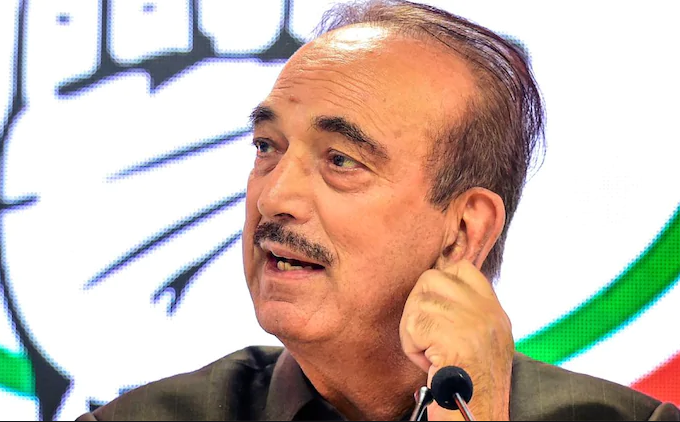 In his scathing letter, Azad squarely blamed Rahul Gandhi for demolishing the ‘entire consultative mechanism’ after his being appointed the Vice President of the party in 2013.

Azad said that one of Rahul Gandhi’s most glaring examples of immaturity was the tearing up of the government ordnance before media personnel.

Azad said that the Congress suffered two humiliating defeats in Lok Sabha elections under Sonia Gandhi and Rahul Gandhi. He also reminded the Gandhis how the Congress had lost 39 out of 49 assembly polls under their collective leadership since 2014.

Azad said that the remote control model that existed during the UPA government was now being applied to running the Congress under Sonia Gandhi and her son Rahul Gandhi.

Reacting to Azad’s scathing comments for the Gandhis, former Union Minister Jairam Ramesh said, “We have read the letter of very senior, veteran Congress leader, Shri Ghulam Nabi Azad Ji that has been released to the media. It is most unfortunate, most regrettable that this has happened, when the Congress President Smt. Sonia Gandhi, Shri Rahul Gandhi and the entire Congress Party organization, across the country is engaged in confronting, combating, fighting the BJP on issues of Mehangai, on issues of Berozgari and on issues of Polarization.

“The entire Congress Party organization in the last couple of weeks has been involved in preparing for the Mehangai Par Halla Bol rally at Ramlila Maidan on 4th September, which will be addressed by Shri Rahul Gandhi. 22 Press conferences have been scheduled across the country on the 29th of this month.”

Azad, deemed close to the Gandhis, enjoyed considerably privileged positions during his association with the Congress. As well as holding several top ministries under the Congress governments in the past, he was also briefly appointed as the chief minister of Jammu and Kashmir.

After the Congress was voted out of power, the Congress elevated him to the position of Leader of the Party in the Rajya Sabha, where the Congress enjoyed a majority in the immediate aftermath of the 2014 Lok Sabha polls. The post gave him status at par with a union minister.