More than 150 armed forces veterans have reportedly written to President Ram Nath Kovind expressing their disgust over the blatant politicisation of the armed forces by the BJP in the ongoing Lok Sabha polls. The signatories of the petition, according to Times of India and several other newspapers, include eight former chiefs of the Indian armed forces including three former army chiefs, four former naval chiefs and a former air force chief. 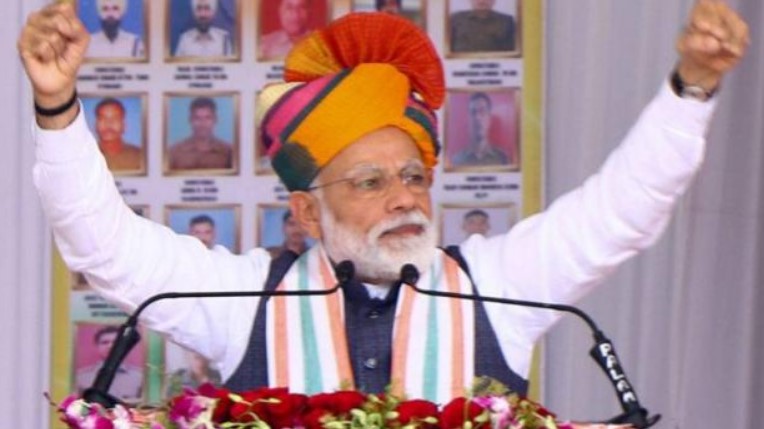 Their letter said, “We write to bring to your attention, as the Supreme Commander of India’s Armed Forces, some concerns which have caused considerable alarm and disquiet among both the serving and the retired personnel of our Forces.”

The letter added, “We refer, Sir, to the unusual and completely unacceptable practice of political leaders taking credit for military operations like cross-border strikes, and even going so far as to claim the Armed Forces to be“Modi ji ki Sena”. This is in addition to media pictures of election platforms and campaigns in which party workers are seen wearing military uniforms; and posters and images with pictures of soldiers and especially of Indian Air Force Wing Commander Abhinandan Varthaman, displayed.”

However, two former service chiefs have denied giving their consent to this letter. General SF Rodrigues who is mentioned as the first signatory in the letter below, told news agency ANI that he did not sign this letter.

Air Chief Marshal NC Suri also was quoted by ANI, “To put an end to it,I wrote that armed forces are apolitical&support the politically elected govt. And no, my consent has not been taken for any such letter. I don’t agree with whatever has been written in that letter. We have been misquoted.”

The Rashtrapati Bhawan too, according to media reports, denied receiving any such letter.

But former Army Chief Gen Shankar Roy Choudhury termed the letter genuine and told India Today that the letter was the need of the hour since all constitutional bodies including the Election Commission of India had been destroyed.

Major General Harsha Kakkar, another signatory of the letetr, too said that it had his support. He told ANI, “This letter has my support too. It also has my name, endorsed by me. Every political party is asking for votes using armed forces, by taking their names – be it Yogi, Urmila, Kejriwal, Kumaraswamy or Farooq Abdullah. Their comments are only for votes.”

Earlier this week, 66 former bureaucrats had also written to  Presdident Kovind complaining about the biased functioning of the Election Commission.