Prime Minister Narendra Modi on Friday said that he could never forgive his party’s candidate and terror-accused Sadhvi Pragya Thakur for calling Nathuram Godse a ‘patriot.’ 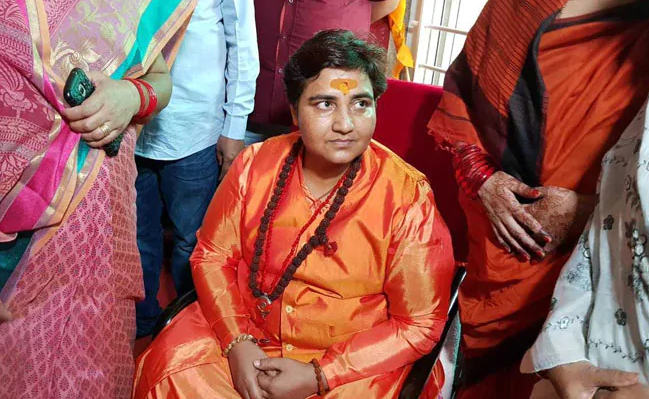 Speaking to a news channel, Modi said, “She has apologised. That is a different thing. But in my heart, I cannot forgive her.” Modi said that people like Pragya ought to think a hundred times before making such statements in the future.

Pragya, who is now the BJP candidate from Bhopal parliamentary seat, was reacting to actor-politician Kamal Haasan’s statement calling Nathuram Godse as the first terrorist of the independent India. She had said, “‘Nathuram Godse was a ‘deshbhakt’, is a ‘deshbhakt’ and will remain a ‘deshbhakt’. People calling him a terrorist should instead look within, such people will be given a befitting reply in these elections.”

Aside from Pragya, Union Minister Ananthkumar Hegde and another party MP from Karnataka Nalinkumar Kateel too backed Nathuram Godse.

The support for a terrorist by three key functionaries of the BJP evoked angry reactions from journalists, politicians and members of civil society. Journalist Barkha Dutt wrote, “By next week Modi may be prime minister again. Irrespective of whether he wins or not, he must drop Pragya Thakur now. She is a blot on our democracy & inaction stains his reputation too.” Academic Ashok Swain wrote on Twitter, “Why only Pragya Thakur? Modi’s Minister, 2 MPs & IT Cell Chief have been openly Godse Bhakt too!”

Faced with widespread condemnation, BJP President Amit Shah too issued a clarification on Twitter. He wrote, “Statements made by Ananth Kumar Hegde, Sadhvi Pragya Singh Thakur and Nalinkumar Kateel in the last two days are their personal opinions. Those statements have no connection whatsoever to the BJP. They have withdrawn their personal statements and have also apologised for it. However, keeping in mind the public sentiment and the dignity and ideology of the BJP, it has been decided to refer this to the disciplinary committee. The Committee will seek an explanation from all three leaders and has been instructed to submit a report within ten days to the party.”

Modi had previously defended Pragya’s candidature from Bhopal. The terror accused too issued what she called was her apology as she said that she was sorry if her comments had hurt anyone.