Congress leaders Rahul Gandhi has lashed out at the Centre’s Narendra Modi government accusing it of having committed treason. This was after a report by New York Times revealed how the Modi government splashed Indian taxpayers’ $ 2 billion (approximately Rs. 15,000 crore) to Israel to buy spyware pegasus as part of a defence deal. 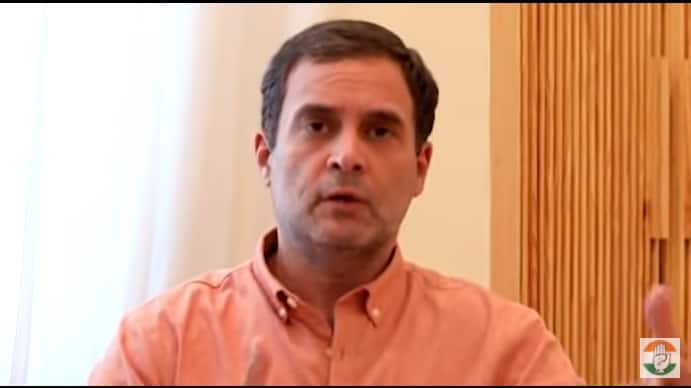 Modi Govt bought Pegasus to spy on our primary democratic institutions, politicians and public. Govt functionaries, opposition leaders, armed forces, judiciary all were targeted by these phone tappings. This is treason.

The NYT had said in its report that Modi signed a deal worth $ 2 billion with Israel’s then Benjamin Netanyahu government during his visit to Israel in 2017. This was the first ever visit by Indian prime minister to Israel.

“The Modi visit, however, was notably cordial, complete with a carefully staged moment of him and Prime Minister [Benjamin] Netanyahu walking together barefoot on a local beach. They had reason for the warm feelings. Their countries had agreed on the sale of a package of sophisticated weapons and intelligence gear worth roughly $2 billion — with Pegasus and a missile system as the centerpieces,” the NYT reported.

The Supreme Court has in October last year had surprised everyone by rejecting the Narendra Modi government’s request to set up an expert panel to probe the allegations of snooping using the Israeli software Pegasus. The Bench comprising Chief Justice of India NV Ramana and Justices Surya Kant and Hima Kohli had ordered a probe into allegations of snooping by the Modi government by retired Supreme Court judge, Justice RV Raveendran.

The Pegasus snooping scandal rocked Indian politics after it emerged that phones of several journalists, opposition politicians, certain ministers in the cabinet of Prime Minister Narendra Modi, former Election Commissioner Ashok Lavasa and other key individuals may have been compromised by using the Israeli spyware Pegasus.