Uttar Pradesh Chief Minister Yogi Adityanath on Wednesday tweeted a photo of himself waving at a large crowd as he urged people to defeat ‘terrorists’ in the ongoing assembly polls. However, soon the BJP leader began to face social media ridicule as Twitter exploded with meme fest after netizens detected the use of a photoshopped image by the UP chief minister. 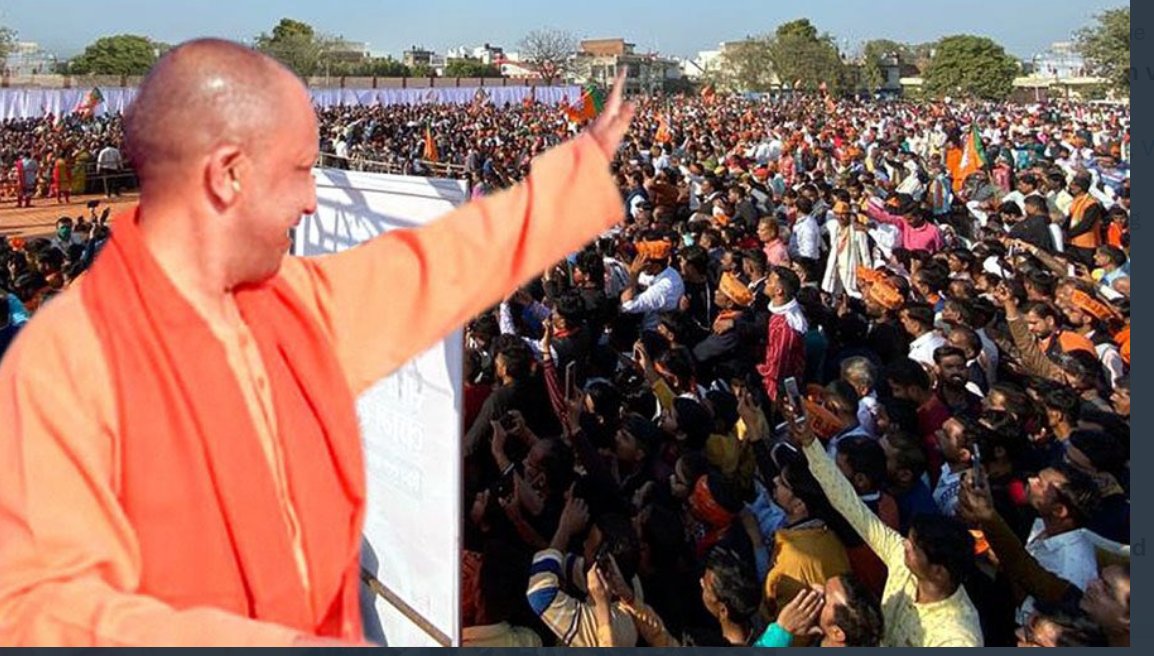 While sharing the controversial image, Adityanath tweeted, “District Etawah is going to create history… The ‘leaders of terrorists’ and protectors of criminals’ will be battered here. Etawah has decided, Lotus flower is to blossom at every booth… Thanks Etawah!”

Eagle-eyed social media users detected something weird in the photo tweeted by Adityanath. People that Adityanath was seen waving at were looking in a different direction. It didn’t take long for netizens to start mocking the BJP leader, who’s facing the biggest test of his political career amidst rising anger against his government.

People waving hands one side and @myogiadityanath waving his hands in another direction.

Last year, Adityanath had to face widespread ridicule for ‘stealing’ photos from Kolkata to claim Uttar Pradesh’s development in a newspaper ad. Faced with public humiliation, Indian Express had to issue a stunning apology but there were no takers for its clarification with many accusing the newspaper of making a desperate attempt to protect Adityanath.

Uttar Pradesh is going through assembly polls in seven stages with the next stage of voting set to take place on 20 February. The counting of votes will take place on 10 March.