Justice KM Joseph, who was part of the three-judge Bench of Justices DY Chandrachud and Indu Malhotra hearing the pro-Hindutva TV’s Islamophobic show, has been replaced by another judge. The case on the controversial UPSC Jihad will now be heard by the Bench comprising Justices Chandrachud, Malhotra and Indira Banerjee.

It’s not clear why Justice Joseph has been dropped from the Bench led by Justice Chandrachud ahead of the 5 October hearing. Justice Joseph, who last heard the Susarshan TV matter on 24 September, has been moved to another Bench.

[Sudarshan TV Case] Plea challenging the telecast of a show by @SudarshanNewsTV on Muslims “infiltrating” #CivilServices will now be heard by a bench of Justices DY Chandrachud, Indu Malhotra & Indira Banerjee. Justice KM Joseph no longer on the bench. Matter on Oct 5 pic.twitter.com/4jURTZanRz

The Bench comprising Justices Chandrachud, Joseph and Malhotra had stayed the broadcast of the controversial series by Sudarshan TV on 15 September. Justice Joseph, in particular, had made scathing observations while coming down heavily on Sudarshan TV.

According to Livelaw website, Justice Joseph had told Sudarshan TV’s lawyer Shyam Divan, “What kind of attitude are you inculcating with this? When 4 episodes have already been broadcast ? Will you continue with this rant ? There are other communities also who want to “capture the power”. The bottom line is you’re maligning community.”

21:09 PM: Some people swear by Mahatma Gandhi’s name but demolish his ideals, principles through their actions; environment of discrimination created in society & atrocities being inflicted on innocent people: Congress president Sonia Gandhi

21:05 PM: #BhimArmy Chief #ChandrashekharAzad said, “It is not the administration, it is the work of the #UP CM who has barred entry to all including media & national or political leaders. I appeal to all safai karamcharis to stop working and let this govt live in dirt.” (IANS) 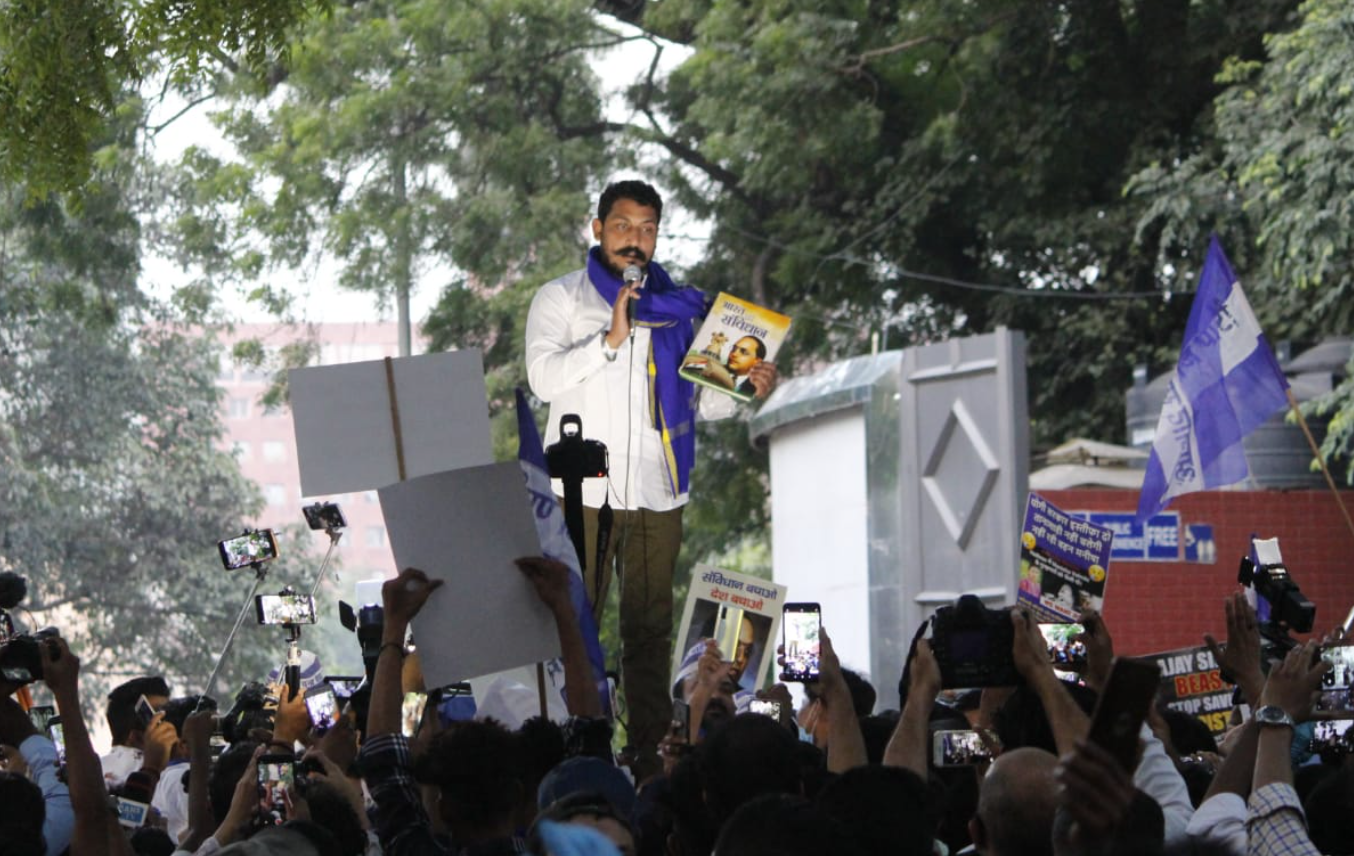 18:35 PM: Delhi: CPM General Secretary Sitaram Yechury and CPI leader D Raja take part in a protest against #Hathras incident, at Jantar Mantar. Sitaram Yechury says, “The UP government has no right to stay in power. Our demand is that justice should be served.” (ANI) 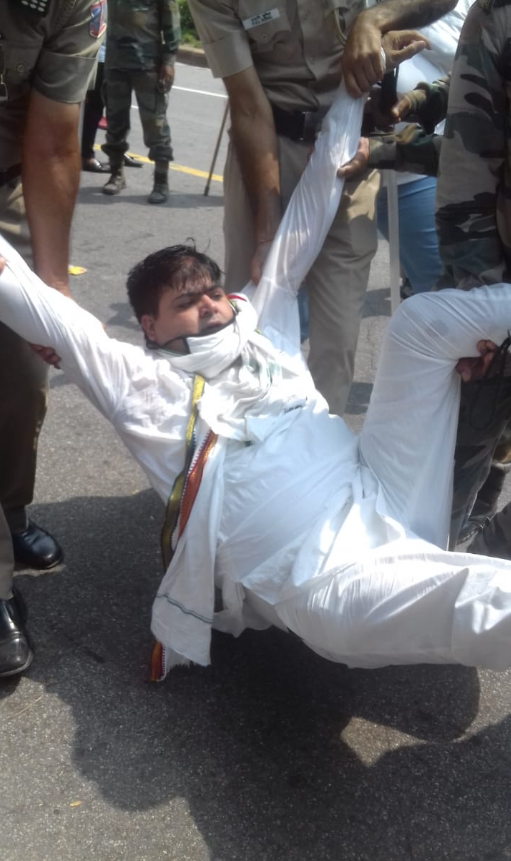 17:34 PM: Amid the uproar over the #Hathras and #Balrampur gang rape cases, #UttarPradesh Chief Minister #YogiAdityanath on Friday said that those who even think of besmirching the honour and respect of women in the state would face total destruction. (IANS)

15:57 PM: Uttarakhand authorities have sent proposal to National Wildlife Board seeking clearance for transferring 243 acres of forest land to Airports Authority of India for expansion of #Dehradun airport: Official. (PTI)

14:13 PM: #SamajwadiParty workers faced a lathicharge when they were marching towards the #Gandhi statue in #Lucknow to observe a silent ‘#Satyagraha ‘ in protest against the alleged deterioration in law and order in the state. (IANS) 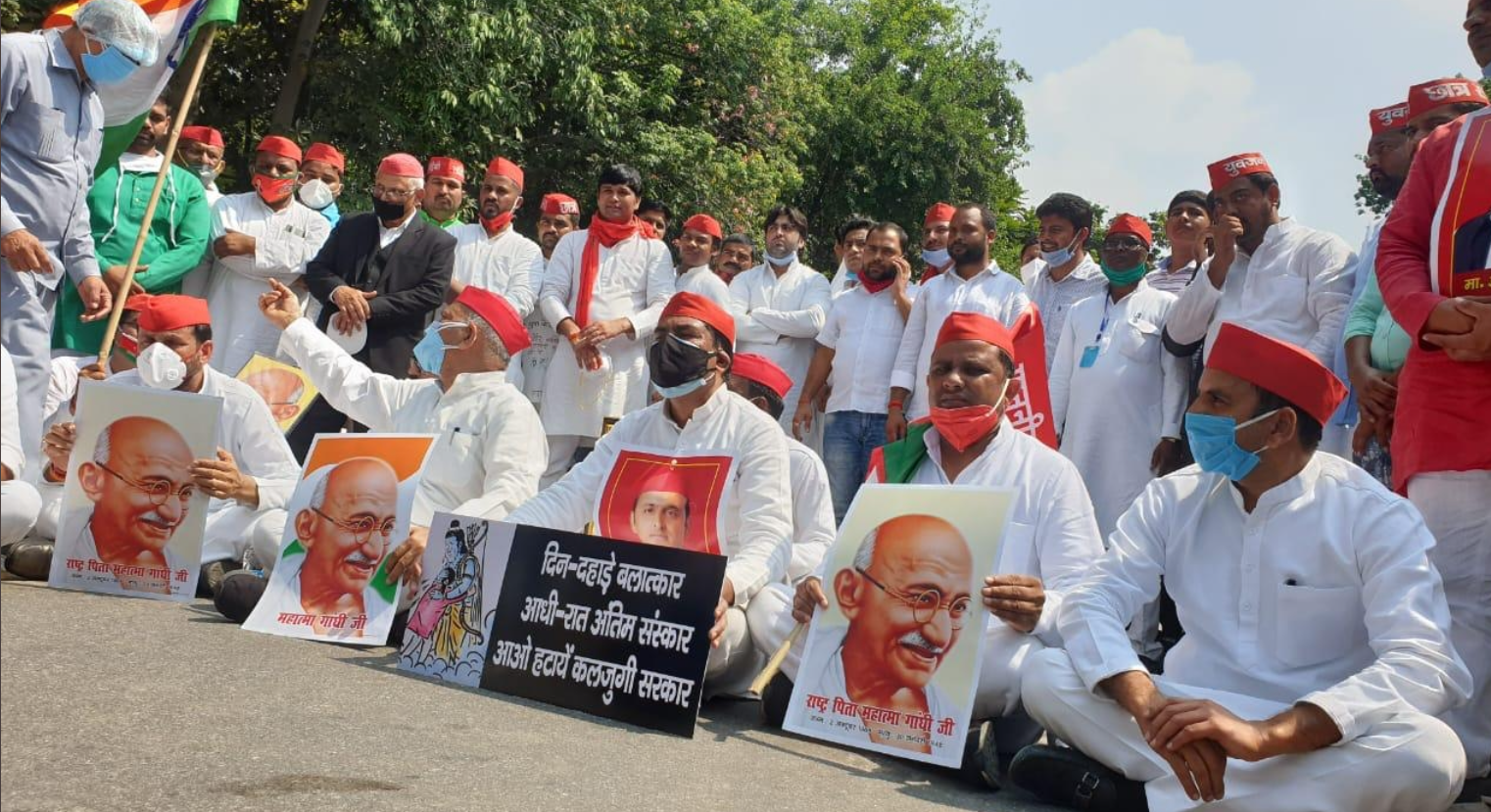 13:43 PM: A #Goa resident battered his 20-year-old daughter to death with a cricket stump over her relationship with a youth he did not approve, police said on Friday. (IANS)

12:37 PM: In yet another case of crime against women in #UttarPradesh , a 14-year-old #Dalit girl, was found murdered in #Bhadohi district. (IANS)

11:53 AM: Instead of asking why Rahul Gandhi & Priyanka Gandhi have not visited Baran, BJP leaders should go to the district themselves to know ground reality, says Rajasthan CM Ashok Gehlot. (PTI)

10:57 AM: #SeemaKushwaha, lawyer of the 2012 #Delhi rape victim, known as #Nirbhaya, will now fight the case of the #HathrasVictim. (IANS)

09:31 AM: Today when we are observing birth anniversary of #MahatmaGandhi & #LalBahadurShastri, farmers are protesting against 3 ‘anti-farmer’ laws. I believe that agitation by farmers & Congress will be successful & farmers will emerge victorious: Sonia Gandhi. (ANI)

08:56 AM: Donald Trump says he and his wife will quarantine after close aide Hope Hicks tested positive for COVID-19

06:38 AM: Hope Hicks, a top aide to US President Donald Trump has tested positive for coronavirus. She travelled with Trump on Air Force One this week. 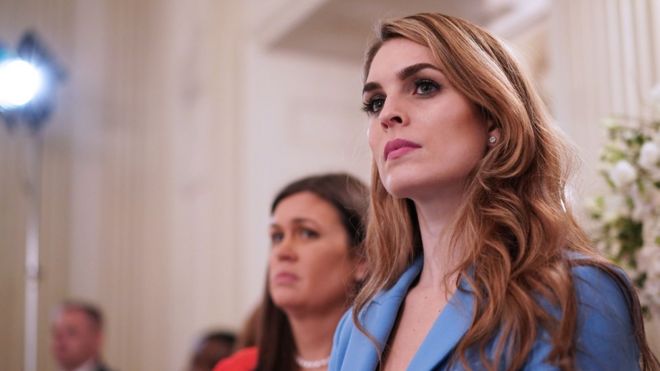