At least five people have died after a fire broke out at the Intensive Care Unit of a COVID-19 hospital in Gujarat‘s Rajkot. According to officials, 22 people have been rescued so far.

The incident at Rajkot’s Uday Shivanand Hospital took place at around 1 AM on Friday morning. There were at least 33 patients in the hospital when the fire took place.

Fire brigade official J B Theva was quoted as saying, “We rushed to the spot and rescued 30 patients after a call informing them about the fire was received. Three patients died inside the ICU.”

In August, at least eight COVID-19 patients had died after a fire broke out at Ahmedabad’s Shrey Hospital in Gujarat’s business capital. Prime Minister Narendra Modi, who hails from Gujarat, had condoled the death of the COVID-19 positive victims.

LIVE UPDATES ON this story and other top stories of today will appear below:

18:17 PM: “After discussion with #farmer leaders, the protesting farmers have been permitted inside #Delhi to hold peaceful protest at Nirankari ground in #Burari. Delhi Police appeals to them to maintain peace,” said Eish Singhal PRO Delhi police. (IANS)

16:14 PM: Former Chief Minister and Peoples Democratic Party (#PDP) chief #MehboobaMufti was barred by the authorities from holding a press conference at her residence in #Srinagar on Friday. A large number of policemen were deployed outside her residence. (IANS)

14:28 PM: Moradabad: Farmers block Delhi-Lucknow highway in support of ‘Chalo Delhi’ protest march. “We are protesting against the new farm laws. We will keep blocking the road until the govt pays heed to our needs,” says a protestor. (ANI)

"We are protesting against the new farm laws. We will keep blocking the road until the govt pays heed to our needs," says a protestor pic.twitter.com/WUTuedXLEL

13:02 PM: The #Russian Direct Investment Fund (RDIF) and Hetero, one of India’s generic pharmaceutical companies, have agreed to produce in India over 100 million doses per year of Sputnik V #Covid-19 vaccine in India. (IANS)

11:37 AM: Bombay HC sets aside BMC notices to Kangana Ranaut issued on 7th & 9th Sept, calls demolition at her place as action with malafide intent. HC has also orders that a valuer will be appointed to ascertain damages caused due to demolition. (ANI)

09:53 AM: A MiG-29K trainer aircraft operating at sea met with an accident at about 1700 hrs on 26 Nov 20. One pilot recovered and search by air and surface units in progress for the second pilot. An inquiry has been ordered to investigate the incident: Indian Navy. (ANI)

08:09 AM: Bombay High Court to pronounce judgment today at 11 AM on the writ petition filed by Kangana challenging the demolition of her bungalow by the Mumbai civic body the BMC. A bench of Justices S J Kathawalla and R I Chagla had stayed the demolition process. (Livelaw) 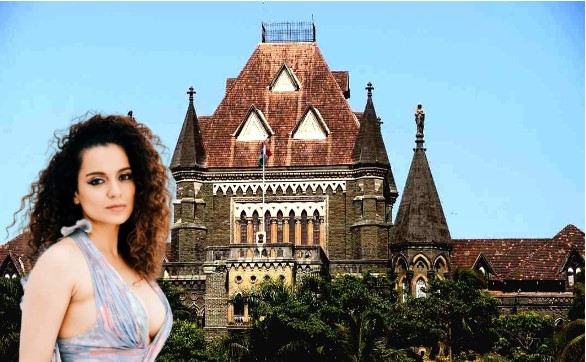 8:01 AM: The Allahabad High Court has rejected bail pleas of Samajwadi Party leader Azam Khan and his son Abdullah Azam in forgery case. The court, according to Bar and Bench, said, “The allegations reflect deep rooted criminal conspiracy; gross misuse of position, exercise of coercion and threat in commission of the offence and perpetuating it.”

07: 01 AM: Football legend Diego Maradona was buried in a private ceremony with only two dozen people attending his last rites. Tens of thousands of weeping fans had filed past his coffin earlier.