Johnson & Johnson has decided to temporarily put the clinical trials of its COVID-19 vaccine on hold after an unexplained illness in a study participant.

We have temporarily paused further dosing in all our COVID-19 vaccine candidate clinical trials, including the Phase 3 ENSEMBLE trial, due to an unexplained illness in a study participant. Following our guidelines, the participant’s illness is being reviewed and evaluated by the ENSEMBLE independent Data Safety Monitoring Board (DSMB) as well as our internal clinical and safety physicians,” a statement from Johnson and Johnson said.

It added, “Adverse events – illnesses, accidents, etc. – even those that are serious, are an expected part of any clinical study, especially large studies. Based on our strong commitment to safety, all clinical studies conducted by the Janssen Pharmaceutical Companies of Johnson & Johnson have prespecified guidelines. These ensure our studies may be paused if an unexpected serious adverse event (SAE) that might be related to a vaccine or study drug is reported, so there can be a careful review of all of the medical information before deciding whether to restart the study.”

In September this year, AstraZeneca too had paused the trials of COVID-19 vaccine, being developed with the University of Oxford, due to an unexplained illness in a UK study participant. A report by Reuters said that whilst AstraZeneca has resumed the trials in the UK, Brazil, South Africa and India, the US trial is still on hold pending a regulatory review.

The COVID-19 pandemic has killed more than one million people across the globe.

21:11 PM: Hathras victim’s late-night cremation was violation of human rights of the woman and her family: Allahabad High Court. (PTI)

18:01 PM: A 35-year-old woman set herself on fire near the UP Vidhan Bhawan allegedly over a family dispute. Police personnel present at the spot rescued her: Police. (PTI)

17:12 PM: The UP government’s politically motivated narrative of justifying and protecting perpetrators of crimes against women has only emboldened criminals across the state: Congress leader Priyanka Gandhi Vadra

This man’s three daughters aged 17, 10 & 8 were asleep in their home when someone entered and threw acid on them.

The UP government’s politically motivated narrative of justifying and protecting perpetrators of crimes against women has only emboldened criminals across the state. pic.twitter.com/WgThvDlYqB

16:36 PM: Eight college students arrested after a minor girl was allegedly blackmailed and raped inside their hostel in UP; district administration says it may invoke stringent National Security Act against accused. (PTI)

15:32 PM: Three sisters suffered burn injuries allegedly when someone poured chemical on them while they were sleeping on roof of their house in Paksa village in Uttar Pradesh: Police. (PTI)

15:04 PM: A #Delhi court has issued summons to a #CBI DIG for alleged physical assault on the agency’s prosecutor for the reported delay in the framing of charges against CM’s former Principal Secretary Rajendra Kumar in a corruption case. (IANS)

14:12 PM: The biennial elections to fill 11 #Rajyasabha seats in two states, which will fall vacant with the retirement of incumbent lawmakers in November, will be held on November 9, the Election Commission of India said on Tuesday. (IANS)

13:31 PM: #AndhraPradesh: A statue of Dr BR Ambedkar vandalised by unknown miscreants in Katrenipadu Village of Razole Mandal in East Godavari District. “We will file a case and investigate the matter,” says police. (ANI) 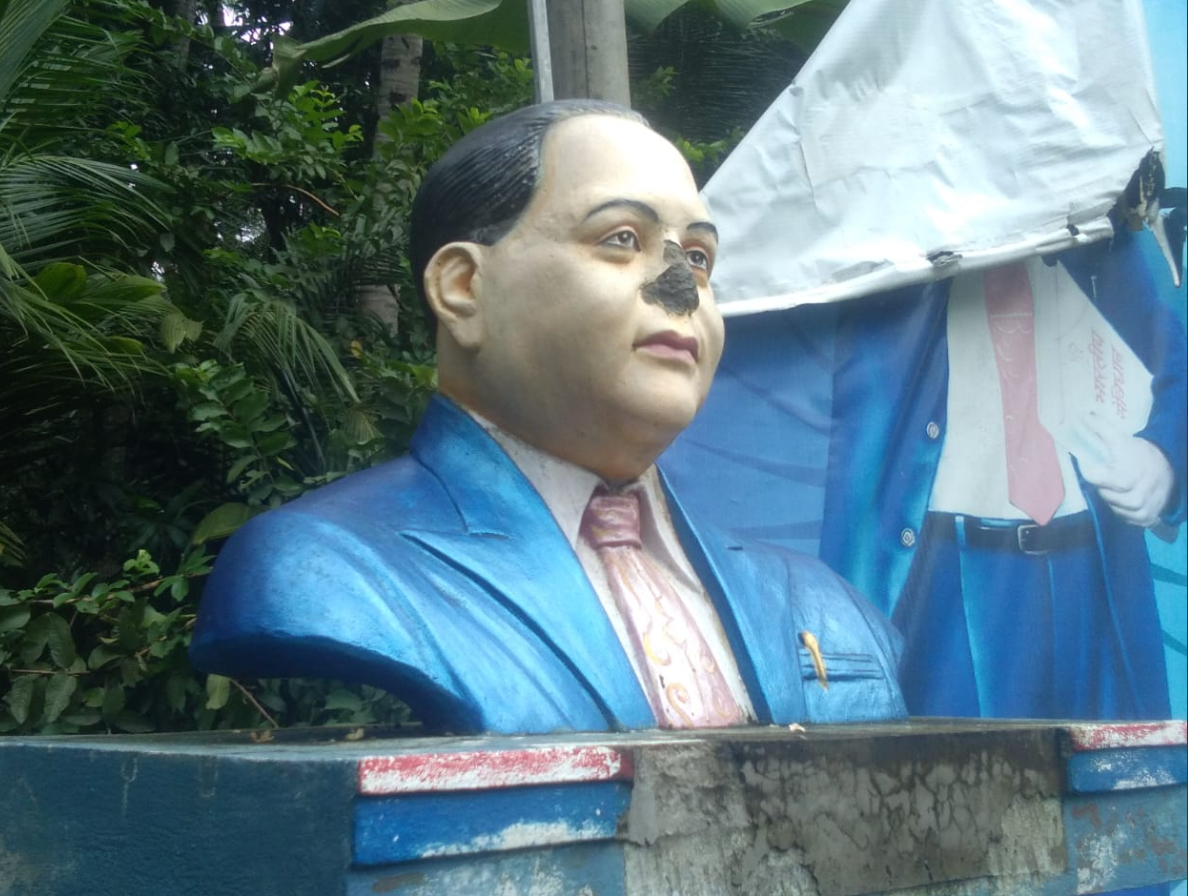 12:19 PM: The air quality index of #Delhi turned foul and mounted to ‘very poor’ category at 304 on Tuesday morning, with northwest district recording the most polluted air, according to the Central pollution Board’s data. (IANS)

11:35 AM: The total external debt of the world’s poorest countries increased by 9.5 per cent to a record $744 billion dollars in 2019, according to the #WorldBank. (IANS)

10:49 AM: Use of Aadhaar number not mandatory for registration of births and deaths, clarifies the Registrar General of Union of India in RTI reply. (Live Law)

10:17 AM: Supreme Court to shortly hear plea by foriegn nationals challenging the en-masse blacklisting order by Ministry of Home Affairs for their alleged involvement in “Tablighi Jamaat” activities. (Live Law)