India has registered a record single-day jump of 49,931 COVID-19 cases, taking the country’s positive cases to 14,35,453. This came on a day Prime Minister Narendra Mod lauded his own government in tackling the global pandemic saying that India was ‘in a much better position than other countries in the fight against COVID-19.’ 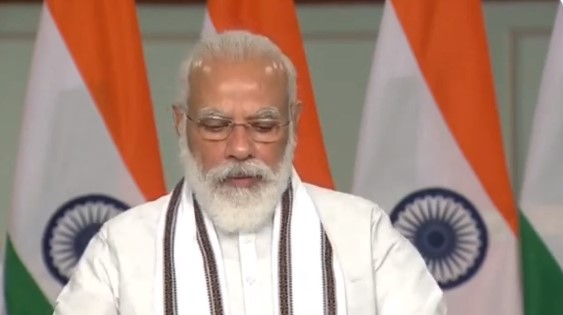 LIVE UPDATES on other big stories will appear below

16:12 PM: A head constable with #DelhiPolice committed suicide by shooting himself. He was rushed to the hospital but was declared brought dead. Sanjay, 34, was posted in #Saket police station in south Delhi shot himself with a service pistol. (IANS)

14:20 PM: No ‘rakhi’ celebration in #UP jails this year as the jail admin decided not to permit relatives, mainly sisters, from visiting prisoners & tying rakhi. Family members, however, can send rakhis about 24 hours before the festival so that they can be sanitised & given to the inmates. (IANS)

14:13 PM: Two people were beaten to death by villagers for allegedly stealing cattle in Simultala police station area of Jamui district of #Bihar. A police official said on Tuesday that two people had stolen a bull tied outside a house in Tilona village late on Monday night. (IANS)

13:03 PM: Congress general secretary Priyanka Gandhi Vadra wrote to UP CM #YogiAdityanath, asserting that the law and order in the state is in shambles due to increase in the kidnapping incidents. She, in her letter, also raised the issue of alleged kidnapping of businessman Vikram Tyagi from #Ghaziabad. (IANS)

12:16 PM: Three policemen, including a sub-inspector, suspended for alleged laxity in connection with kidnapping and murder of 14-year-old boy in Gorakhpur: police

11:56 AM: #UttarPradesh BJP MLA Yogesh Dhama has written to CM #YogiAdityanath & Director-General of state Police claiming he has been facing a threat to his life from notorious gangster Sunil Rathi, who is lodged in #Delhi’s #Tihar jail in connection with the murder of another gangster. (IANS)

10:06 AM: The #YogiAdityanath government has handed over to the #IncomeTax Department and the #EnforcementDirectorate, a case related to alleged ill-gotten assets acquired by Jai Bajpai, an aide of slain gangster #VikasDubey. (IANS)

09:42 AM: A teenage boy, who had been kidnapped for ransom on Sunday in #Gorakhpur district,was found dead in a forest area near a canal on Monday evening. The 14-yr-old son of a grocery & ‘paan’ shop owner was kidnapped from Pipraich area & was killed by the kidnappers a few hours later. (IANS)