Former AAP leader Kumar Vishwas on Thursday lashed out at AAP MLA Raghav Chadha for warning TV channels to not broadcast his video. Vishwas also exposed TV editors for their decision to not ask Kejriwal about his allegations before the Delhi polls in exchange for crores of rupees worth advertisement revenue. 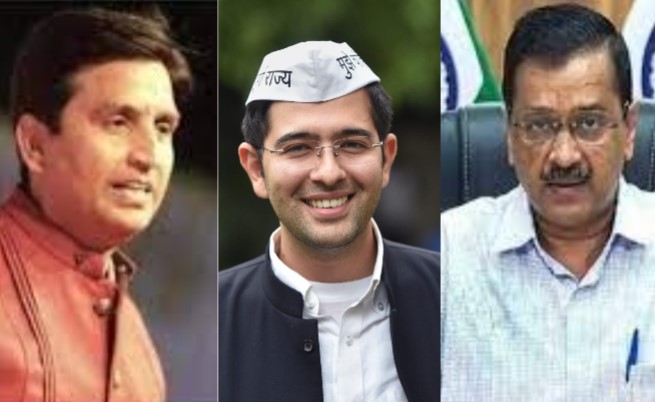 Taking a dig at Kejriwal and Chadha, Vishwas told news agency ANI, “This self-obsessed person’s minions are speaking. They (Chadha and his ilk) have come long after we formed the government with sweat and blood. Malaayi chaatne (to enjoy the benefits). Tell these minions to send their aaqa (master).”

A visibly angry Vishwas added, “If he (Kejriwal) has guts, then come armed with evidence. I will also come with my evidence. Let the country know what he used to say and send messages (on phone).”

Vishwas dared Kejriwal for a LIVE TV debate on his allegations against Delhi chief minister. According to the former AAP leader, he was witness to two TV editors not asking Kejriwal about his allegations during their interview for the fear of losing crores of advertisement revenue.

“I asked those editors, who interviewed Kejriwal before Delhi elections. I asked them why they did not ask about selling Rajya Sabha seats and farmers’ agitation. They said that they had the order from the top to not ask these questions,” he added.

#WATCH | Kumar Vishwas responds when asked if he has any evidence to back his allegations against Delhi CM and AAP national convener Arvind Kejriwal pic.twitter.com/T6M78MWCAb

Vishwas on Wednesday had said that Kejriwal had expressed his desire to become the first prime minister of an independent Punjab during the last assembly polls.