Former Puducherry Lieutenant Governor Kiran Bedi has issued a public apology for hurting the sentiments of Sikhs after a video of her crude joke targeting the Sikh community went viral. 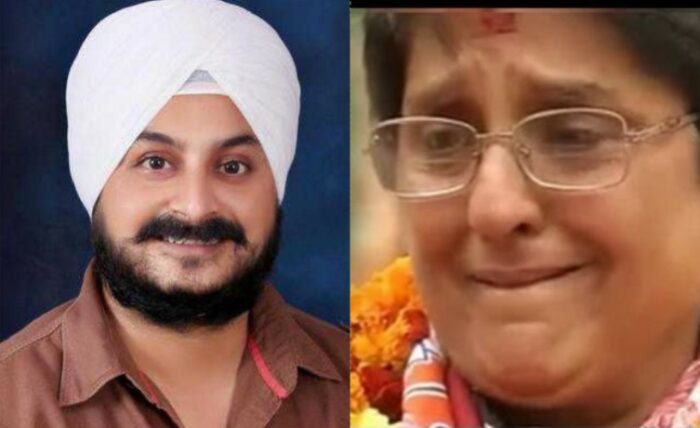 In a viral video, Bedi was seen mocking Sikhs by repeating the ’12 o’clock’ joke at a book launch function. Taking the dim view of Bedi’s joke, Aam Aadmi Party MLA Jarnail Singh tweeted, “When Mughals were looting India, kidnapping sisters and daughters, then only Sikhs used to fight with them and protect sisters and daughters. 12 o’clock was the time when Mughals were attacked. This is the history of 12 o’clock. Shame on BJP’s petty leaders who make fun of Sikhs in return for that favour.”

Faced with public outrage, Bedi tweeted an apology on Twitter. She wrote, “I have highest regards for my community. I am a devotee of Baba Nanak Dev ji. What I said to the audience even at my own cost (as I also belong here) be kindly not misread.I seek forgiveness for this.I am the last person to cause any hurt. I believe in Seva & loving kindness.”

But, Jarnail Singh too faced condemnation for falsely invoking Mughals when there was no need for this reference. Many felt that the AAP too were not wasting any opportunity to drag Muslims into every political discourse, just like the BJP has been accused of doing. According to the AAP MLA, Sikhs always came to defend sisters and daughters when Mughals were taking them out of India after kidnapping them. There is no historical evidence to prove that Mughals kidnapped women from India to take them out of the country.

One user wrote, “Mughal ko beech mein Lana zaroori hai? are you incapable of making the point without them?” Another commented, “AAP people too are obsessed with Mughals just those in the BJP.” One user corrected AAP leader by stating that the one who looted were not Mughals but an Afghan invader, Ahmad Shah Abdali.

The AAP has been facing condemnation for embarking on pro-Hindutva ideology and Singh’s reference Mughals appears to be part of that toolkit.

As for Bedi, she was an associate of AAP supremo Arvind Kejriwal during the Anna movement. She, however, joined the BJP after Kejriwal formed his own political outfit.