The Karnataka High Court will deliver its judgment on whether Muslim girls can attend schools and colleges by wearing hijab later today. 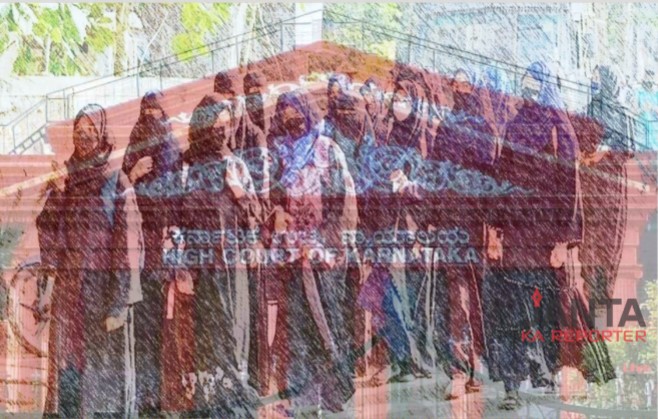 A group of Muslim students from Udupi had approached the court challenging the government’s order to ban hijab in schools.

Ahead of today’s verdict, several Karnataka cities announced a ban on public gatherings. They included Bengaluru, Mangalore and Udipi among others. Mangalore banned large gatherings starting today till 19 March. Schools and colleges have been shut in Udupi.

On the very first day of the hearing, the three-judge Bench of Chief Justice Ritu Raj Awasthi and Justices Krishna S Dixit and JM Khazi had passed an interim order banning students from wearing hijab or any other religious symbol while attending classes. The decision had caused an uproar amongst Muslim students as the high court’s order adversely impacted their ability to continue with study.

Chief Justice Awasthi and Justice Dixit were quite forthcoming in challenging the arguments made in favour of Muslim girls and their rights to wear hijab in schools and colleges.

The role of the media also came under sharp scrutiny with individuals working for TV channels harassing minor Muslim girls by chasing them. The issue was raised before the Karnataka High Court but the Bench dismissed the petition directing the petitioner to approach the relevant authority.

Police in Karnataka had recently arrested a Kannada actor for criticising one of the judges hearing the hijab ban.