Days after second year PG student Dr Payal Tadvi was allegedly pushed to suicide on 22 May, demands for bringing her three seniors namely Dr Hema Ahuja, Dr Bhakti Mehar and Dr Ankita Khandelwal to book have gained momentum. Dr Payal’s mother Abeda Salim Tadvi has said in her complaint that the three seniors routinely tortured her daughter by making casteist slur since the deceased belonged to a backward tribal community of Maharashtra. 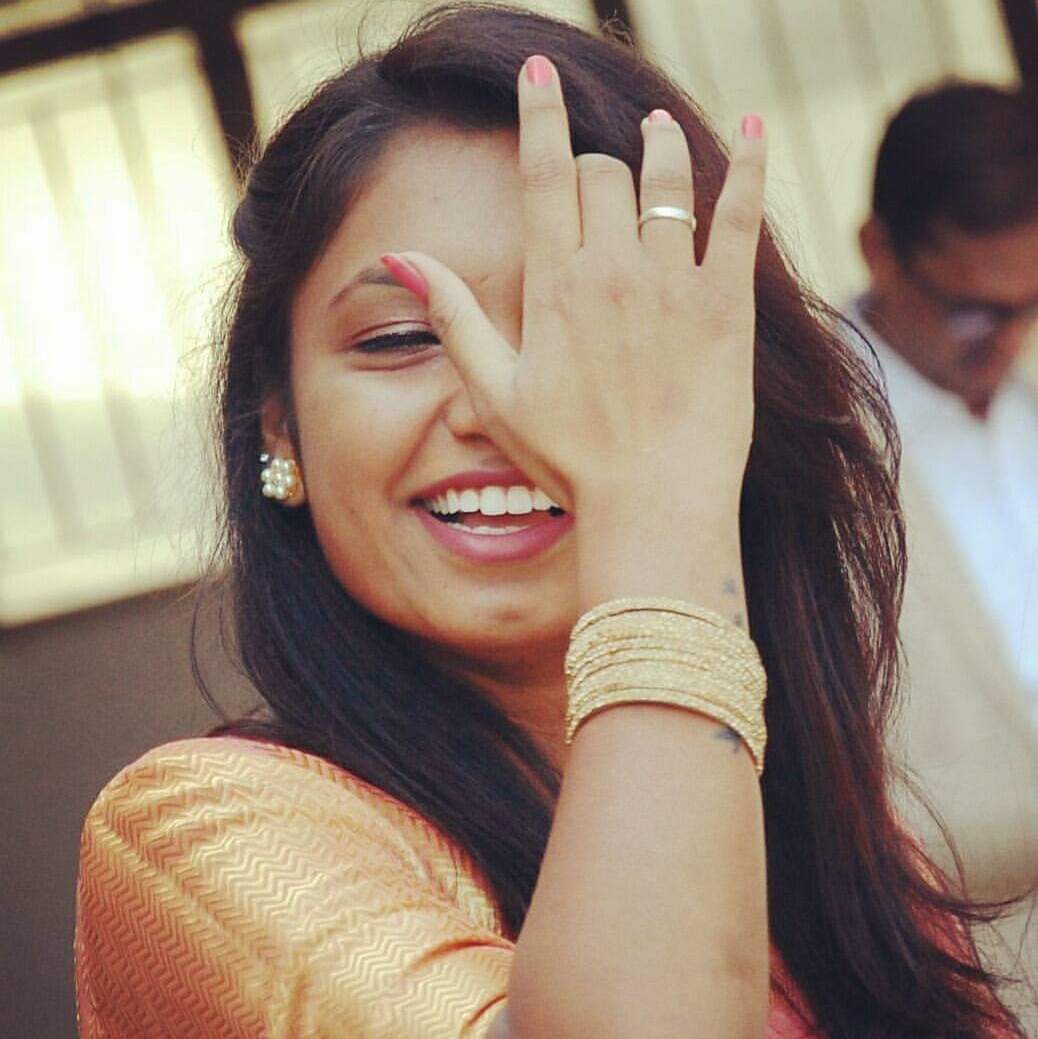 Police have booked three alleged tormentors of the 26-year-old deceased under Section 306 (abetment of suicide) of the Indian Penal Code and other relevant sections of the SC/ST (Prevention of Atrocities) Act, the Maharashtra Prohibition of Ragging Act, and IT Act.

“We are taking statements of all the related people and will take statements of department officials, if needed,” Deepak Kundal, ACP, Agripada division was quoted by Mid-day.com. Cops have not been able to arrest the three alleged culprits as they remain untraceable.

Dr Payal was a second year PG student at the Topiwala National Medical College, which is attached to BYL Nair Charitable hospital. Authorities have issued notices to the head of department and unit head of the Obstetrics and Gynaecology department since the victim’s mother said that she had informed them about the continuous harassment to her daughter, adding that no action was taken against her tormentors.

Dr Payal’s mother is suffering from cancer and she had spoken to her daughter on the day the former committed suicide. Even in her last conversation, she had spoken about the harassment being meted out to her by her three seniors. “I told her that her father and I were coming to Mumbai to file a complaint at the hospital and the police station, but she couldn’t bear it any longer,” Abeda told Mid-day.

Dr Payal had also informed her husband Dr Salman about her ordeal, but he reportedly asked her to ignore her seniors since such things happened.

On 22 May, her friends came to her room asking her to join them for dinner, but Dr Payal’s room was locked from inside. Her friends immediately alerted the guards, who broke open the door to find Dr Payal’s body hanging by a dupatta from a ceiling fan. She was immediately rushed to a hospital, where doctors declared her dead.

To everyone who says that caste does not exist in urban/modern India, Dr Payal, a medical student, committed suicide in our country’s financial capital after she was ragged & tortured for her tribal background. https://t.co/LYFuvp0Hdw #JusticeForDrPayal #InstitutionalMurder

The college’s apathy and inaction to her complaints represent the lackadaisical attitude institutions show towards serious issues faced by Tribals, Dalits and Women. If a student cant rely on her college for justice, where else can she go? #JusticeForDrPayal #InstitutionalMurder

A 26-year-old doctor hung herself after allegedly facing harassment at the hands of three senior doctors at the hospital.#JusticeForDrPayal pic.twitter.com/p6NmOvXSCQ

Dr Payal had updated about her Facebook status last year when she started her PG course at the medical institute. 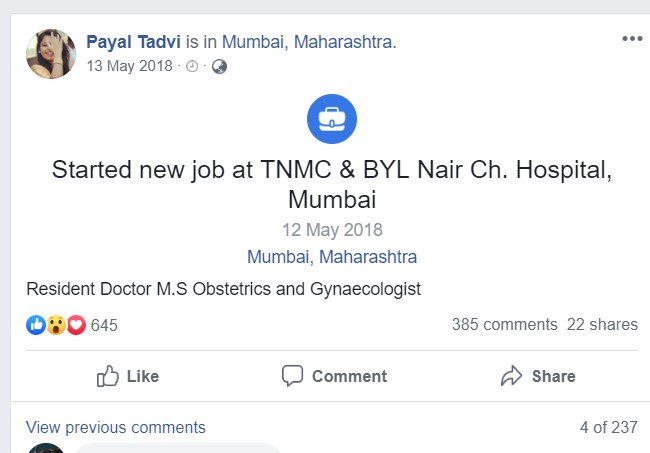 Dr Payal’s mother told Mumbai Mirror that she made several attempts to meet the Dean to complain about her daughter’s harassment at the hands of her three seniors, but she was not allowed to meet the Dean. Abeda said that the guard stopped her from meeting the Dean and asked her to write her complaint and submit it at the dispatch from where it will be sent to the Dean’s office.