England amassed a total of 555-8 at the end of the second day’s play in the first Test against India in Chennai with skipper Joe Root scoring another double century. Joe Root’s 218 turned out to be the highest by any batsman in their 100th Test. He became the first-ever cricketer to score a double ton, the fifth of his career, in his 100th Test match. His Saturday’s knock was also the best by an England player in India. No overseas player had scored a double century in India since 2010 until the English skipper achieved the feat. Root on Saturday also overtook Alec Stewart, becoming the third-highest run-scorer for England. 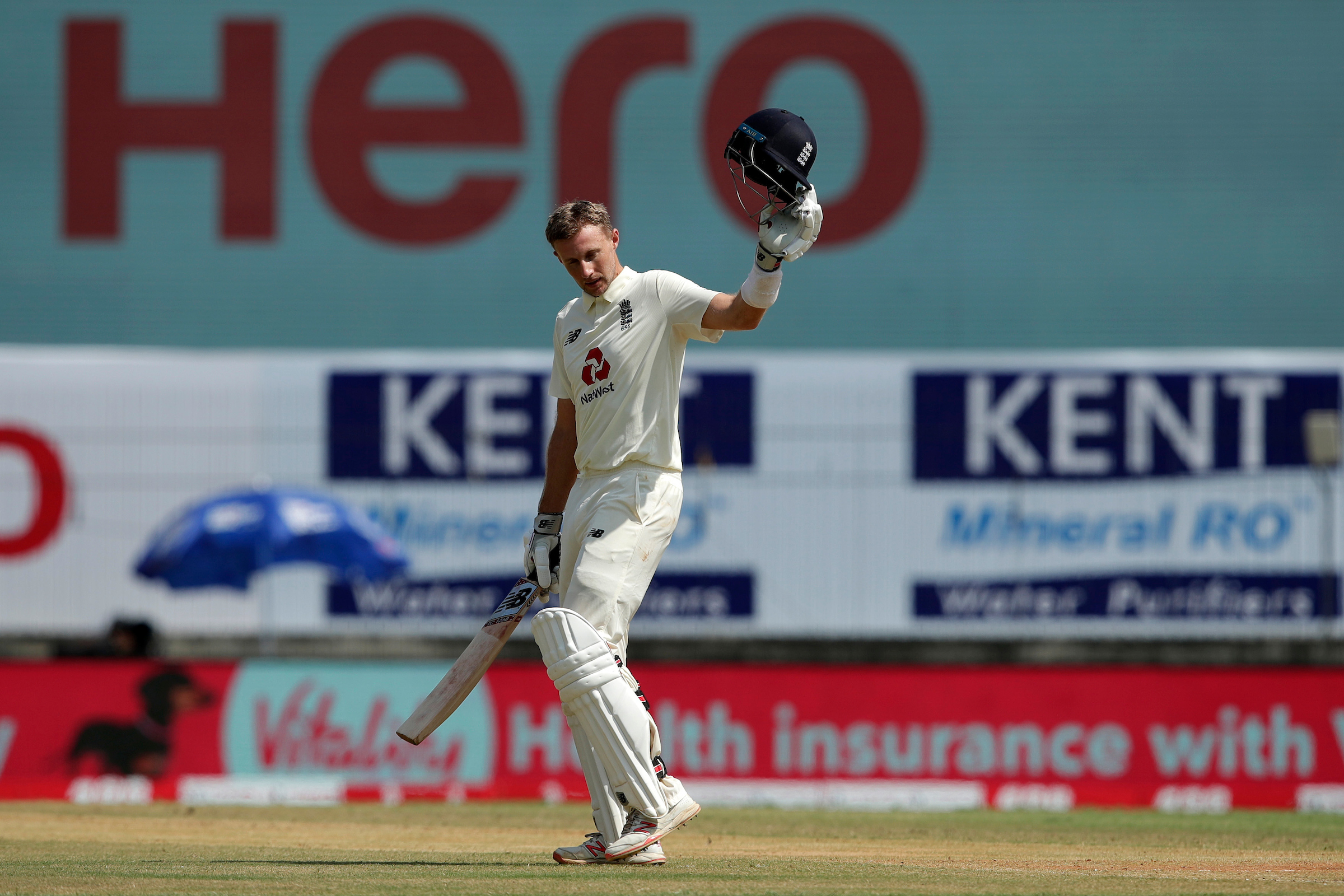 As for India, Ishant Sharma picked up two wickets by conceding 52 runs in 27 overs, while Jasprit Bumrah finished with 2-81 in 31 overs. Ravichandran Ashwin bowled 50 overs for his 2-132 bowling figure, while Shahbaz Nadeem ended with 2-167 in 44 overs.

Reacting to the performance by England, former English skipper Michael Vaughan told BBC, “It’s been a great day. I’m sure many England fans are asking why they haven’t declared and given India eight or 10 overs tonight but in Indian conditions when you get the opportunity to bat first, you bat as long as you can.”

Ben Stokes, who was dropped twice in his 30s before playing an aggressive knock of 82, told London’s Channel 4, “It was a really good day. To be in this position we can’t really complain so heading into day three with a couple of wickets in hand. It would be lovely if we could bat for another hour.

“Things didn’t really change for me until those couple of balls spat out of the rough at me so I thought I’d put the pressure back onto him (Nadeem). I decided I’d rather get caught on the boundary than going back into my shell and being caught at short leg.

“Joe Root makes me feel rubbish – that’s pretty much where he’s at, at the moment. He’s an amazing player. I’m not too sure we’ve had an England player play spin so well – with such ease and with such control. He makes it look very easy and it’s a pleasure to watch.”

The bad news for India is that the pitch has begun to break up with enough signs of spin and uneven bounce.