There are reports of two Hindutva terrorists namely Jitendra Tyagi aka Wasim Rizvi and Yati Narsinghanand being arrested in a case related to genocidal calls issued at a Hindu dharm sansad in Uttarakhand last year. Videos of police’s presence at Narsinghanand’s location the dreaded Hindutva terrorist’s conversation with cops have gone viral on social media. 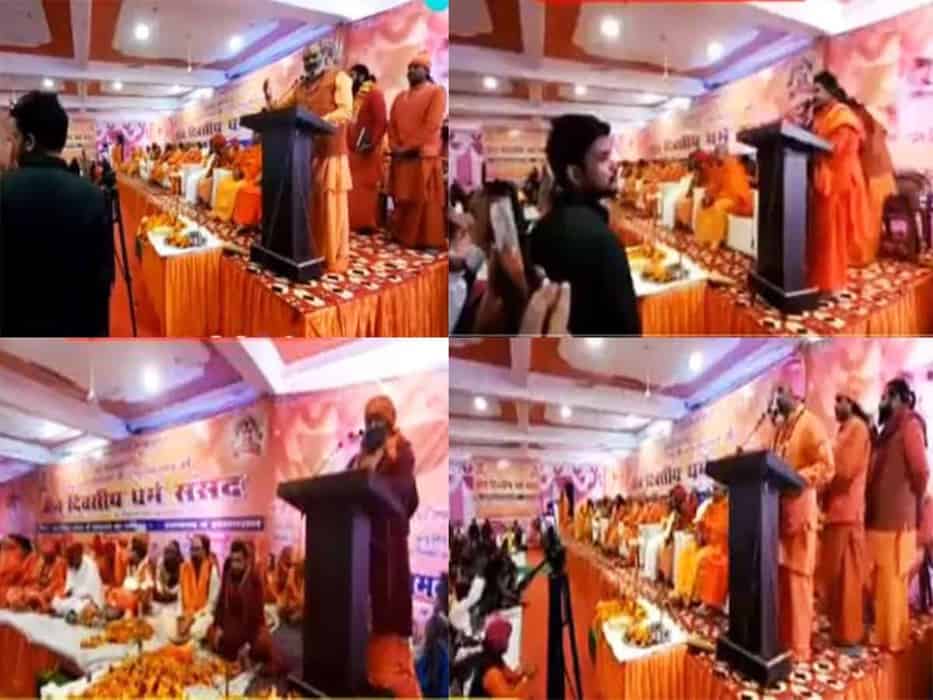 In one video, Narsinghanand could be seen desperately asking his followers to hire an expensive lawyer and worry about money. In another video, the terrorist was seen being requested by cops to come out of the car since arresting Tyagi was a requirement of the legal protocol in the hate speech case.

Several Hindutva terrorists had called for the ethnic cleansing of Muslims in India from the stage of a so-called religious parliament by Hindu leaders. The role of the Uttarakhand Police has come under sharp scrutiny with DGP Ashok Kumar showing reluctance in taking action against the accused. The police had filed an FIR but refused to arrest anyone.

The matter recently came up for the hearing in the Supreme Court after hundreds of intellectuals and former chiefs of Indian armed forces wrote to President Ram Nath Kovind and Chief Justice of India seeking their intervention in the matter.