More than a year after Janta Ka Reporter exclusively revealed the alleged irregularities in the Rafale deal, a new document has conclusively proved the personal involvement of Prime Minister Narendra Modi.

The document in question is a letter singed by Deputy Secretary SK Sharma, who had sensationally held Modi responsible for weakening the negotiatiable position of the Ministry of Defence and the Indian Negotiating Team.

The letter, published by The Hindu, went on to write, “It is, therefore, clear that such parallel discussions by the PMO has weakened the negotiating position of MoD and Indian Negotiating Team.” It went on to write that ‘we may advise PMO that any Officers who are not part of Indian Negotiating Team may refrain from having parallel parlays with the officers of the French government. In case the PMO is not confident about the outcome of negotiations being carried out by the MoD, a revised modalities of negotiations to be led by PMO at appropriate level may be adopted in the case.” 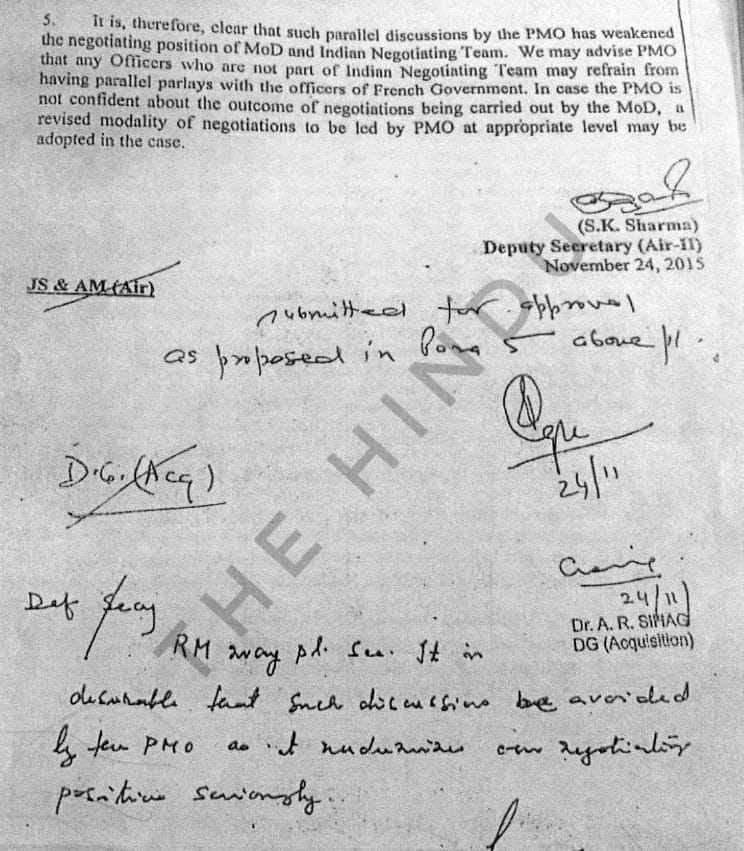 The dissent note by the Secretary level civil servant also wrote a note for teh then Defence Minister, “RM may pl. see. It is desirable that such discussions be avoided by the PMO as it undermines our negotiating position seriously.”

In our expose, authored by Ravi Nair in November 2017, we had highlighted how even the then Defence Minister Manohar Parrikar had expressed his ignorance about the deal being struck by Modi with the French government. It was allegedly Modi’s intervention that Anil Ambani’s 10 days old company had replaced the government-owned HAL to be the Indian offset partner of Dassault Aviation.

Reacting to the explosive revelation, the Congress tweeted, “Signed, sealed & now delivered for the whole country to see. Your lies are out in the open Modiji, the Defence Ministry clearly opposed your interference in the Rafale deal & you have single handedly undermined India’s position.”

Congress President Rahul Gandhi said that he will hold an emergency press conference on the subject. He tweeted, “Brothers & sisters in the Armed Forces: You are our defenders. You sacrifice your lives for India. You are our pride. Please watch my LIVE press conference today at 10.30AM.”