Millions of voters have begun to exercise their rights to elect a new government in Delhi after weeks of high-octane campaigning came to an end. The contest has largely been AAP supremo Arvind Kejriwal and Home Minister Amit Shah. Even though Kejriwal and his party had started their campaign claiming good work during their tenure in the last five years, Kejriwal and his leaders were later seen playing on the BJP’s pitch by following soft Hindutva. 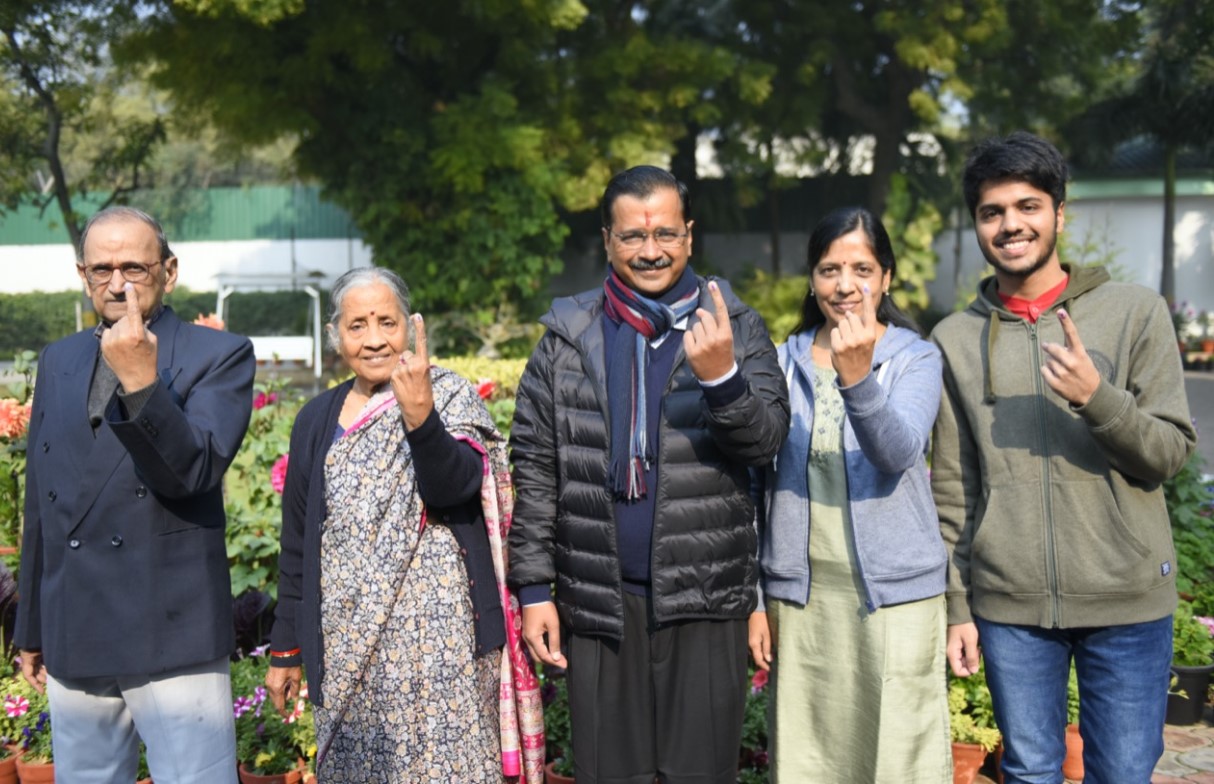 Kejriwal was seen reciting Hanuman Chalisa at a public event primarily to woo BJP’s pro-Hindutva vote-bank. His other party colleagues such as MLA Saurabh Bhardwaj was seen chanting Jai Shri Ram at a programme organised by Zee News TV channel.

The BJP led its campaign largely along the communal lines by calling Kejriwal a sympathiser of Shaheen Bagh’s anti-CAA protesters. Shah asked the voters to press the EVM buttons so hard that its effect must be felt by people in Shaheen Bagh. Another BJP leader Parvesh Verma urged voters to support his party in the elections else his political rivals will enter people’s houses to rape their daughters.

Union Minister Anurag Thakur led the chanting of Desh Ke Gaddaron Ko, Goli Maro Saalon Ko, which loosely translates as ‘shoot down the traitors’ in reference to the critics of the Centre’s Narendra Modi government. This was followed by three incidents of firing in Jami area and Shaheen Bagh by the supporters of the BJP.

The counting for today’s elections will be held on 11 February.

A queue of voters at a polling booth in Shaheen Public School in Shaheen Bagh, Okhla. AAP's Amanatullah is the sitting MLA and 2020 candidate of the party, he is up against Congress's Parvez Hashmi and BJP's Brahm Singh Bidhuri. #DelhiElections2020 pic.twitter.com/4hB60BtqGd