Industrialist Anand Mahindra has said that the Indian cricket team captain, Virat Kohli, had ‘beaten’ him by taking care of the match tickets of an 87-year-old Indian fan, who has become a sensation for her enthusiasm while cheering the men in blue in the ongoing cricket World Cup. 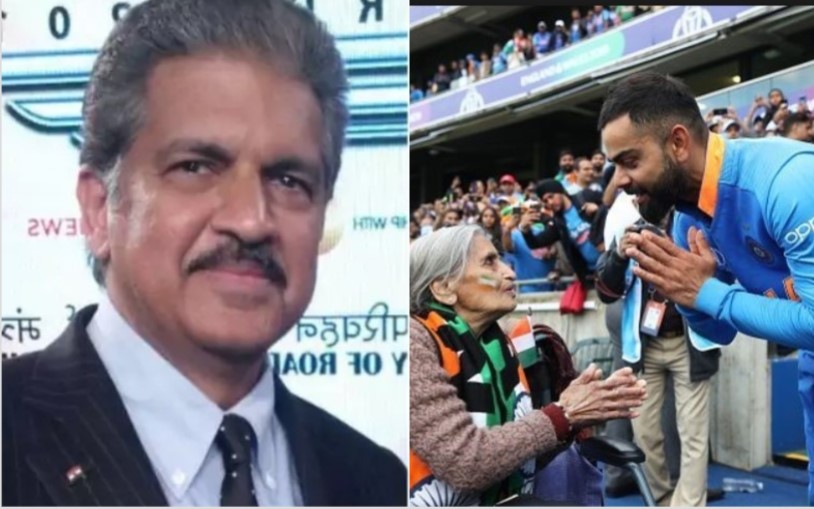 Charulata Patel caught everyone’s imagination after she was seen blowing a vuvuzela and supporting the Indian team. Moved by her zeal, Kohli and Indian batsman Rohit Sharma had gone to meet her seeking her blessings. The videos of Patel blessing and kissing Kohli and Sharma had gone viral across the world, creating one of the cutest moments of the ongoing cricketing extravaganza from England and Wales.

Also moved by Patel’s support for India was Mahindra, who took to Twitter to announce that he wanted her presence in every remaining World Cup match, where India were involved. The industrialist had said that Patel was the lady luck India desperately needed to lift the World Cup.

He wrote on Twitter immediately after the India-Bangladesh match earlier this week, “Ok, watched the last over & it had all the drama I needed. The best victories are those that make you bite your nails at 1st & then make it look easy in the end. Shabash, India & make sure this match-winning lady is present at the semifinals & finals…give her a free ticket!”

When one user asked if he would be willing to sponsor her match tickets for India’s remaining matches in the World Cup, Mahindra had written, “Find out who she is & I promise I will reimburse her ticket costs for the rest of the India matches!”

Find out who she is & I promise I will reimburse her ticket costs for the rest of the India matches!? https://t.co/dvRHLwtX2b

However, Mahindra took to Twitter on Friday to inform that Kohli had already taken care of the 87-year-old Indian fan’s tickets for the remaining matches. He wrote, “Well I’m delighted that I’ve been beaten to it by Virat! I just want her to be cheering the #MenInBlue.”