India on Saturday survived a scare against cricketing minnows Afghanistan as they nearly lost their World Cup tie in a low-scoring match. In the end, Afghanistan paid the price for their lack of experience in international cricket. India won the match by just 11 runs. 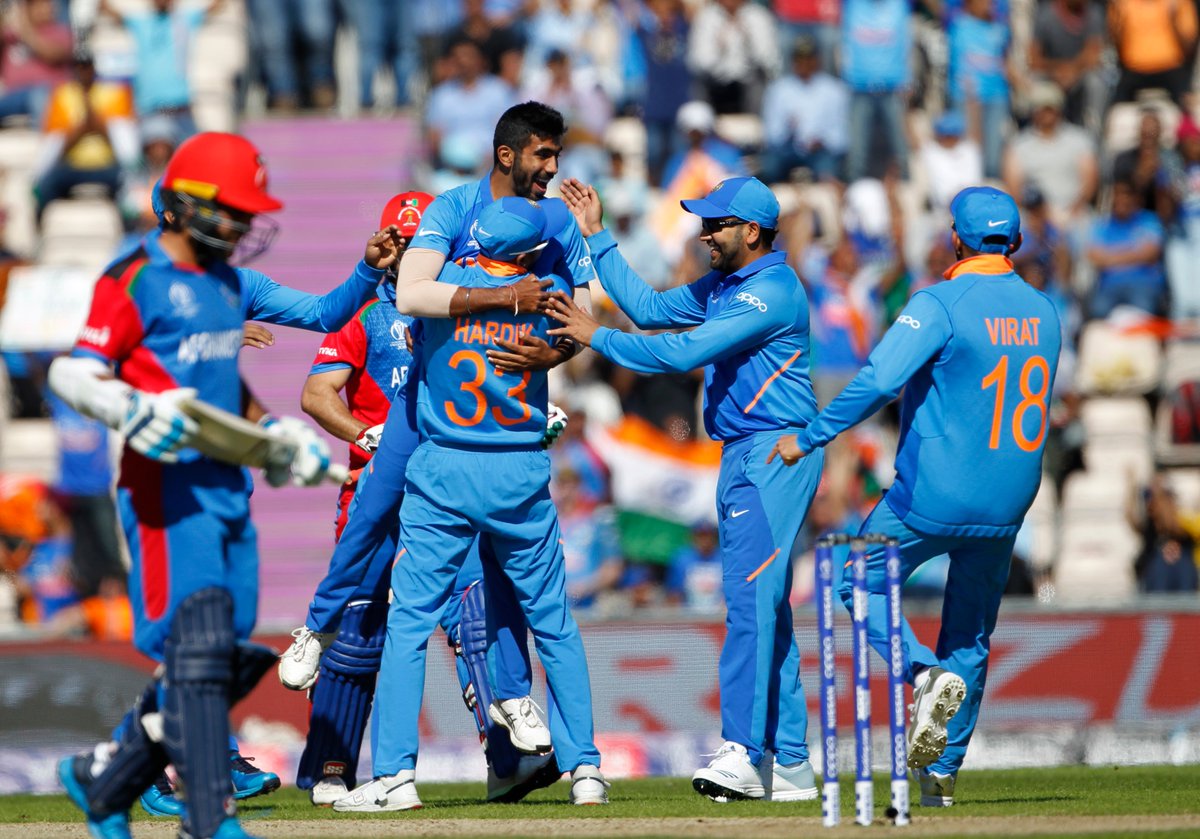 Batting first, India were restricted to just 224 for the loss of eight wickets with captain Virat Kohli (67) scoring the most runs for his side. The only other Indian batsman to score a fifty for India was Kedar Jadhav, who scored 52 runs.

For Afghanistan, Gulbadin Naib and Mohammad Nabi were the pick of the bowlers as they scalped two wickets each. Rashid Khan too bowled an impressive spell by conceding just 38 runs in his quota of 10 overs and picked up the wicket of MS Dhoni.

Afghanistan’s reply was impressive as they consistently maintained the required run rate but their inexperience in world cricket meant that they also kept losing wickets at a regular interval. 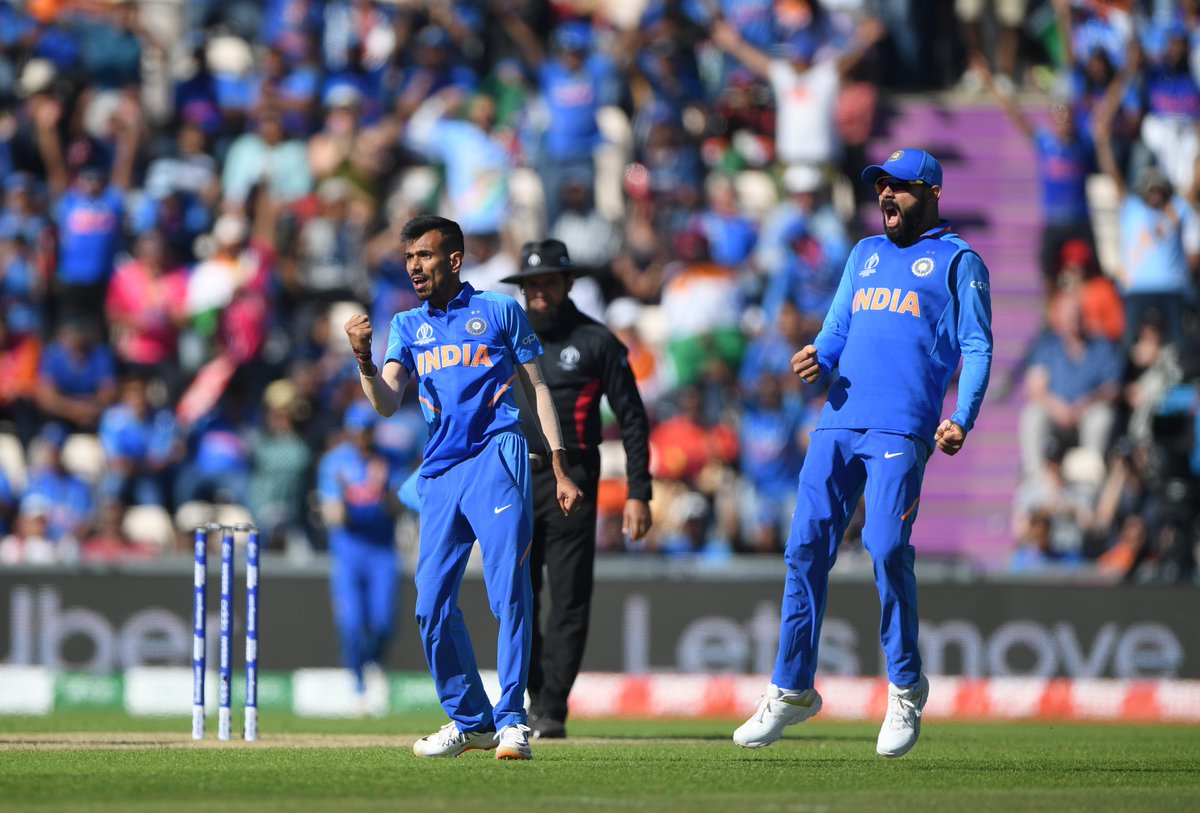 After helping his team with the ball, Nabi also shone with the bat as he played a remarkable innings of 52. Nabi was given out LBW in the 48th over, but he went for a review and the decision was reversed since it was outside the line. He completed his magnificent fifty by hitting Mohammed Shami for a four in the last over of the match.

Earlier today, it was Jasprit Bumrah’s one over when he took two back to back wickets reducing Afghanistan from 106-2 to 106-4. But Afghanistan showed plenty of courage to rebuild their innings and took the contest to the last over.

With today’s win, India dislodged England in the points table, while Afghanistan are officially eliminated from the competition. But they will be immensely proud of their performance against India. 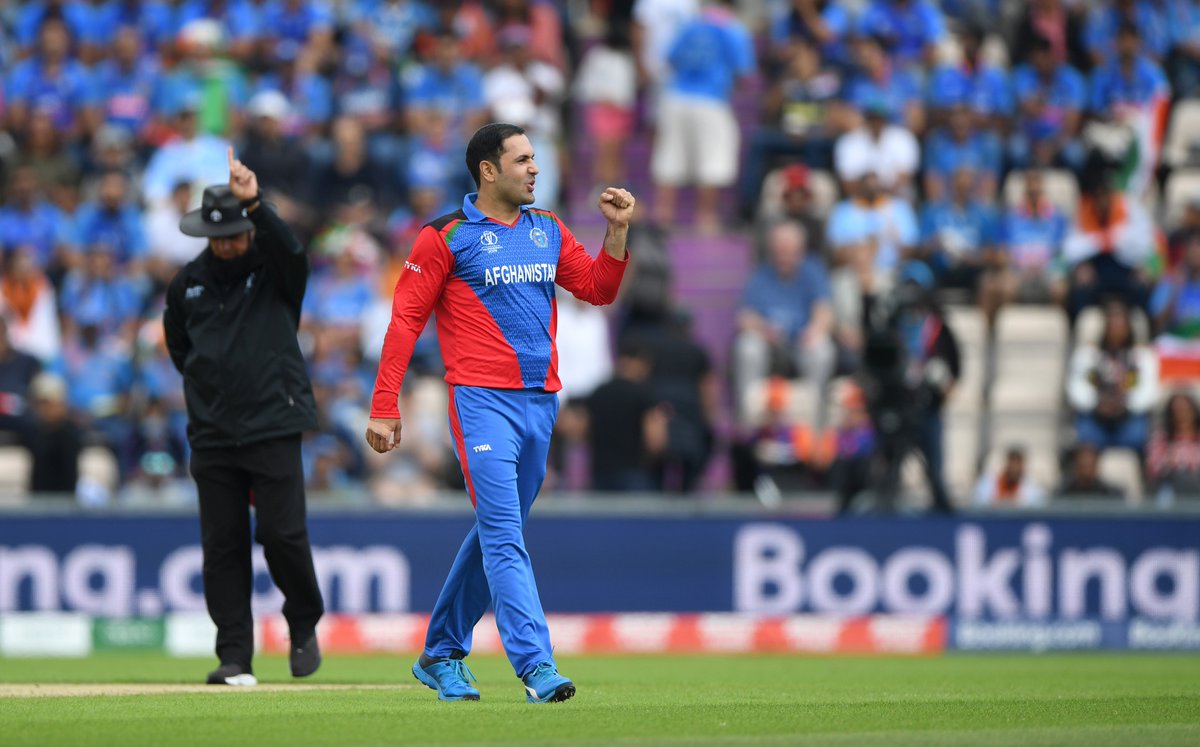 Reacting to his side’s win, today’s Man Of The Match Bumrah said, “When the captain has so much trust in you, it gives you a lot of confidence to express yourself. That helps me keep a clear head. We saw the wicket was getting slower and slower and with the old ball it was necessary to be stump to stump. There was reverse swing as well, so you had to rely on your yorkers.”

Captain Virat Kohli said, “(The win is) right up there. We have been playing really good cricket and when you win toss you expect to get runs on the board. Then you see the pitch is slowing down, so we thought 250 was par and 270 would have been an outstanding effort. A team like Afghanistan doesn’t let you play how you want to play. At the halfway mark we had some doubts in our mind but everyone had belief in the changing room.”

Afghan captain Gulbadin Naib said, “We bowled really well. We did well in batting, credit to Bumrah for how he bowled in the last two or three overs. The total was not that much but in the middle, you need 80s or 100s. 30 or 25s are not enough. If you chase 250 then middle order batsmen should go longer and take responsibility.”