India on Tuesday pulled off a historic win in the Brisbane Test against Australia and won the Border-Gavaskar Trophy 2-1. This was after India successfully chased 328 runs in their second innings to register an emphatic win in Brisbane. 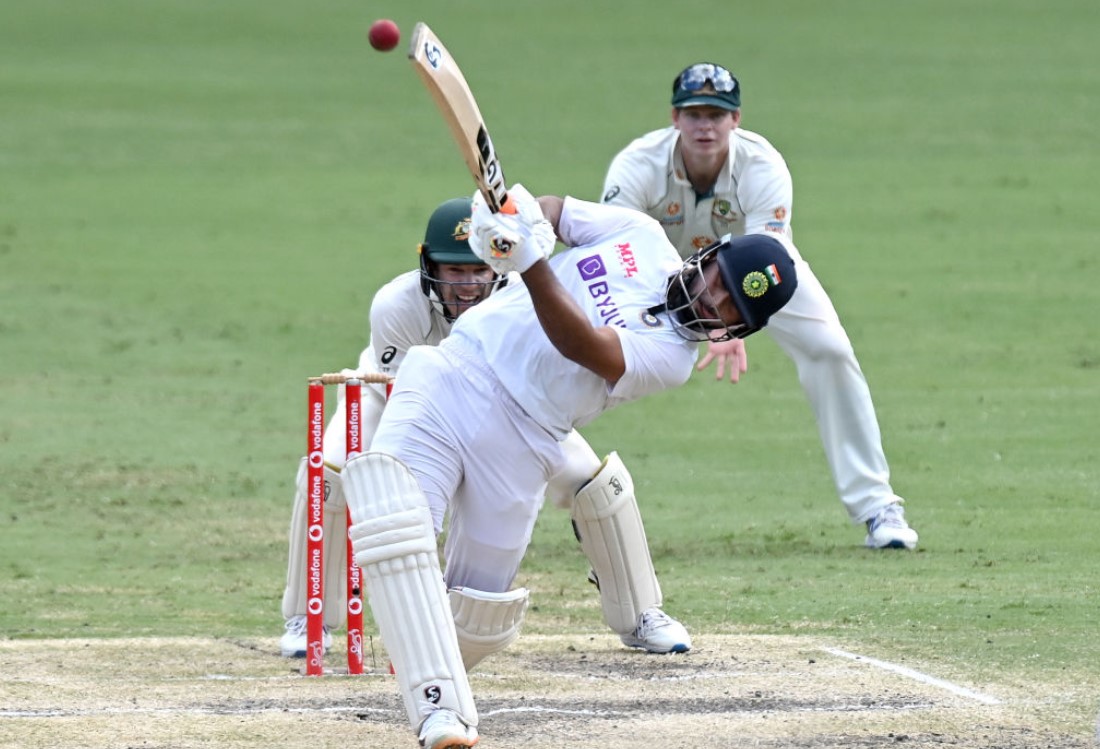 Rishabh Pant remained unbeaten at 89, while Washington Sundar was out for 22, which he took 28 balls to score. Earlier, Shubman Gill had made 91 in just 146 balls, while Cheteshwar Pujara played a knock of 56 by facing 211 balls.

India’s win in Brisbane assumes significance given that the team had gone into the fourth Test without its key players such as Virat Kohli, Ravindra Jadeja, Mohammed Shami, Jasprit Bumrah and Umesh Yadav. India’s inexperienced bowling attack was led by Mohammed Siraj, who claimed the first five-wicket haul of his Test career. This was only the third Test of his career.

Reacting to India’s historic win, Sachin Tendulkar tweeted, “EVERY SESSION WE DISCOVERED A NEW HERO. Every time we got hit, we stayed put & stood taller. We pushed boundaries of belief to play fearless but not careless cricket. Injuries & uncertainties were countered with poise & confidence. One of the greatest series wins! Congrats India.”

EVERY SESSION WE DISCOVERED A NEW HERO.
Every time we got hit, we stayed put & stood taller. We pushed boundaries of belief to play fearless but not careless cricket. Injuries & uncertainties were countered with poise & confidence. One of the greatest series wins!
Congrats India. pic.twitter.com/ZtCChUURLV

Pant, who was declared Player Of The Match for his impressive knock, said that his only concern was to win the match for India. The ICC tweeted after India’s win, “Last time Australia lost a Gabba Test…George H.W. Bush had just won the US Presidential election. Bad Medicine by Bon Jovi was charting #1. Virat Kohli was 16 days old. Sachin Tendulkar was still one year away from making his Test debut.”

Reacting to his side’s historic win, India’s stand-in captain, Ajinkya Rahane, said, “It really means a lot to us. I don’t know how to describe this victory. I’m just proud of all the boys, each and every individual. We just wanted to give our best, not to think about the result. When I went in, conversation between me and Pujara was Puji to bat normal and me to go for my shots, because we knew Rishabh and Mayank were there. Credit to Pujara, the way he handled the pressure was magnificent, and Rishabh was brilliant in the end.

“Taking 20 wickets was the key, that’s what we identified, that’s why we picked five bowlers. Washington Sundar got that balance for us, intention was to play five bowlers. Siraj had played two Test matches, Saini one, Thakur one, Natarajan also on debut, all credit to them. After Adelaide we didn’t discuss about what happened, we just wanted to play our game, show good attitude, show good character on the field. It was all about the team effort. I would also like to thank our fans who came out here and supported us, and the Indian team would like to give Nathan Lyon a signed jersey for his 100th Test match.”

Australia skipper, Tim Paine, said, “Absolutely disappointed. We came here to win the Test and win the series, it’s been a bit of a trend that we were found wanting in the key moments and completely outplayed by a tough Indian side that fully deserves the win. I think there’s lots of things we’ll look back at, but what’s done is done. We need to look forward now, there’s a big series in South Africa coming up, we’ve been outplayed by the better side in this series. I think we got about what we wanted in the end. We wanted to set a bit over 300, dangle a carrot to win the Test match and win the series. We might have had another 20 overs had it not rained. But India turned up and put their bodies on the line. Reviews are part of the job. Sometimes they work, sometimes they don’t. But all credit to India, our bowlers threw everything at them.”

Australia had not lost a Test in Brisbane for 32 years before coming to Gabba to play the fourth Test against India.