India on Thursday defeated England by eight runs in the fourth T20 International match of the five-match series, which is not tied 1-1. 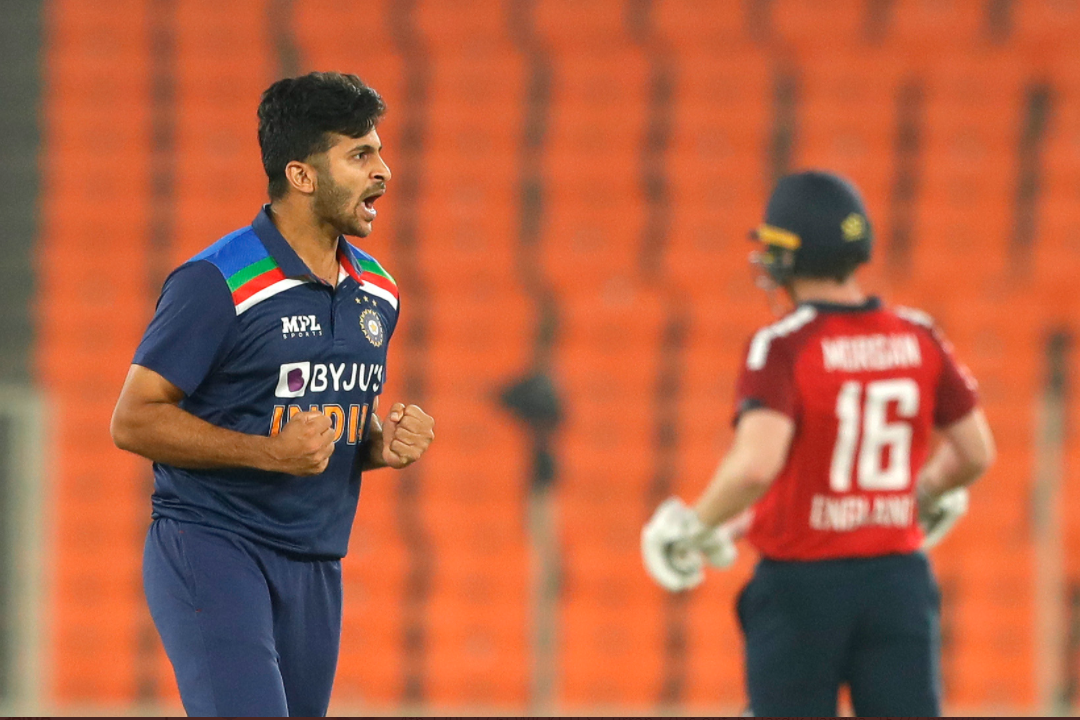 Batting first, India had made 185-8 in 20 0vers. But England could only score 177-8 in their quota of 20 overs. Shardul Thakur took three wickets, Hardik Pandya and Rahul Chahar picked up two wickets each. But Hardik Pandya stood out as the most effective bowler, conceding just 18 runs in his four overs.

At one point, it seemed England would pull off a miracle even after Ben Stokes had returned to the dressing room. Not only did Thakur bowled two back-to-back wide balls, but he was also hit for a huge six in the last over by Jofra Archer. England needed just 10 runs in three balls to pull off a miraculous win.

Suryakumar Yadav was the pick of the Indian batsmen as the Mumbai Indian player made a quickfire 57 in just 31 balls. Shreyas Iyer made 37, while Rishabh Pant contributed with 30 runs.