The Indian cricket board on Friday announced the team for the World Test Championship final and the subsequent five-match Test series against England. The side would be led by Virat Kohli with Ajinkya Rahane as his deputy. The notable exclusion from the side is Prithvi Shaw, who returned to form in the recently suspended IPL.

The World Test Championship final between India and New Zealand would be played at Southampton from 18 June. The bi-lateral Test series would start from 4 August in Nottingham.

Following their 3-1 win against England at home, India had finished as the No. 1 side with 72.2 percentage points and booked their place in the final. 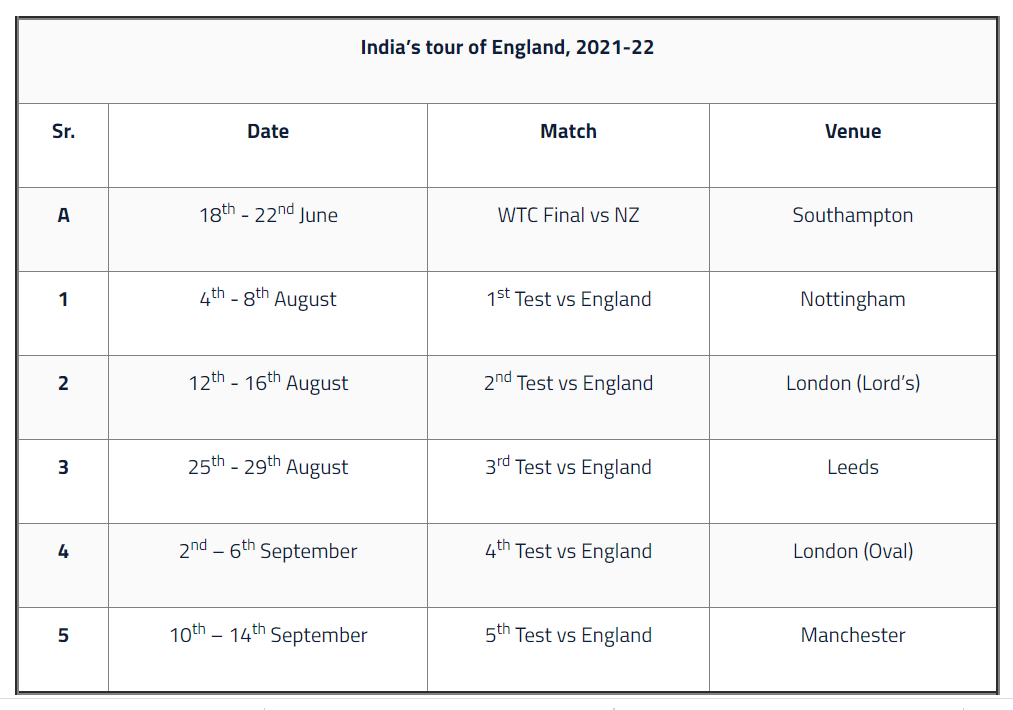