Janta Ka Reporter 2.0
Home India “I was sacked as a minister because I was a Muslim”: British...

A British MP belonging to Prime Minister Boris Johnson’s Conservative Party has caused a political tremor by claiming that she was sacked as a minister because of her Muslim faith. Nusrat Ghani, MP from Wealden in East Sussex, said that she was sacked as transport minister in a mini reshuffle in early 2020 because she was a Muslim. The reshuffle was necessitated by the shocking resignation of Sajid Javid as the Chancellor. 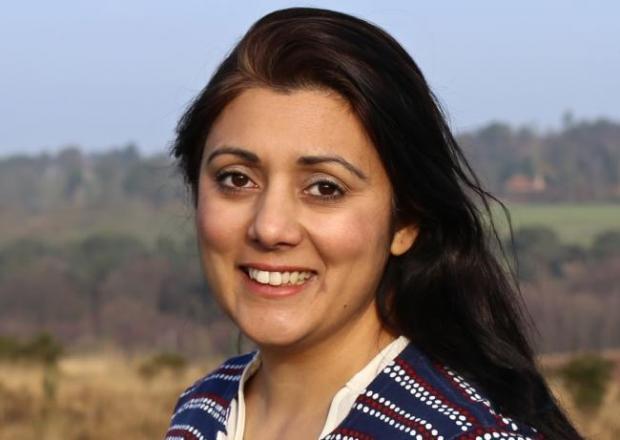 According to the 49-year-old MP, her party’s whip told Ghani that her ‘Muslimness was raised as an issue’ at a meeting in Downing Street.

Ghani told London’s Sunday Times newspaper, “It was like being punched in the stomach.”

She added, “I felt humiliated and powerless. I was told that at the reshuffle meeting in Downing Street that ‘Muslimness’ was raised as an ‘issue’, that my ‘Muslim women minister’ status was making colleagues uncomfortable and that there were concerns that I wasn’t loyal to the party as I didn’t do enough to defend the party against Islamophobia allegations.”

Ghani, who’s been relentless in speaking against the brutalities being committed against Uighur Muslims in China, said, “When I challenged whether this was in any way acceptable and made clear there was little I could do about my identity, I had to listen to a monologue on how hard it was to define when people are being racist and that the party doesn’t have a problem and I needed to do more to defend it.

“It was very clear to me that the whips and No 10 were holding me to a higher threshold of loyalty than others because of my background and faith.”

Moments after the content of Ghani’s interview became public, Conservative MP and Chief Whip Mark Spencer took to Twitter to voluntarily identify himself as the person Ghani was referring to.

Spencer wrote, “To ensure other Whips are not drawn into this matter, I am identifying myself as the person Nusrat Ghani MP has made claims about this evening. These accusations are completely false and I consider them to be defamatory. I have never used those words attributed to me.”

In his subsequent tweet, he wrote, “It is disappointing that when this issue was raised before Ms Ghani declined to refer the matter to the Conservative Party for a formal investigation. I provided evidence to the Singh Investigation into Islamophobia which concluded that there was no credible basis for the claims.”

“Pto be included in the report. These claims relate to a meeting in March 2020. When Ms Ghani raised them she was invited to use the formal CCHQ complaints procedure. She declined to do so,” he concluded.

The shocking allegation on the alleged Islamophobia in the Conservative Party under Boris Johnson has come at a time when the British PM himself is facing demands from his own colleagues to resign in light of allegations that he violated the lockdown rules. Johnson is also facing intense criticism for allegedly lying in parliament.

A senior civil servant has launched an inquiry and is likely to submit her findings early next week.