Prime Minister Narendra Modi on Tuesday was at his hypocritical best when he said that the Sabarimala issue had nothing to do with gender equality. But, hundreds of thousands of women in Kerala on Tuesday formed a 620-km wall to uphold gender equality over the Supreme Court’s verdict on allowing women to enter Sabarimala temple. 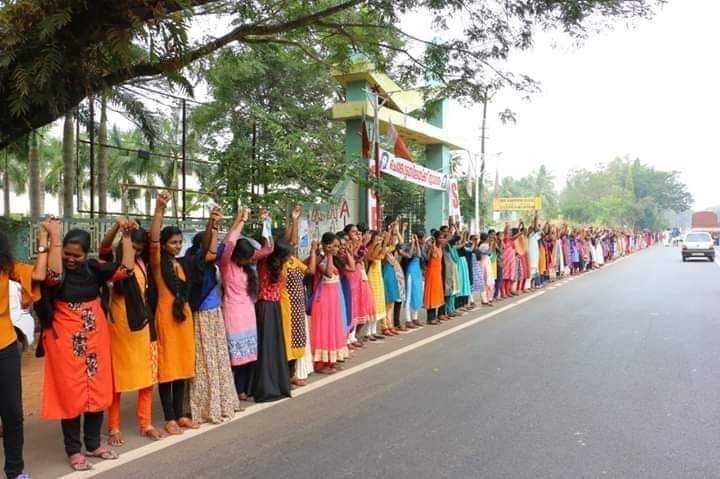 Lakhs of women stood should-to-shoulder across the national highways, creating a 620 km-long human ‘wall’ from the northern end of Kasaragod to the southern tip in  Thiruvananthapuram. The initiative had the backing of the state’s LDF government and some Hindu organisations, supporting the Supreme Court’s verdict on Sabarimala.

The event, according to news agency PTI, came only days after after thousands of devotees lit ‘Ayyappa Jyothies’ (lighting of sacred lamps) and lined up from Hosangadi in Kasargod to Kanyakumari, vowing to protect the age-old customs and traditions of Sabarimala.

On Tuesday, among those who took part in forming the human wall were writers, athletes, actors, politicians, techies, government officials and homemakers. Soon, these women were joined by men too as they lined up parallel forming a second human ‘wall’. 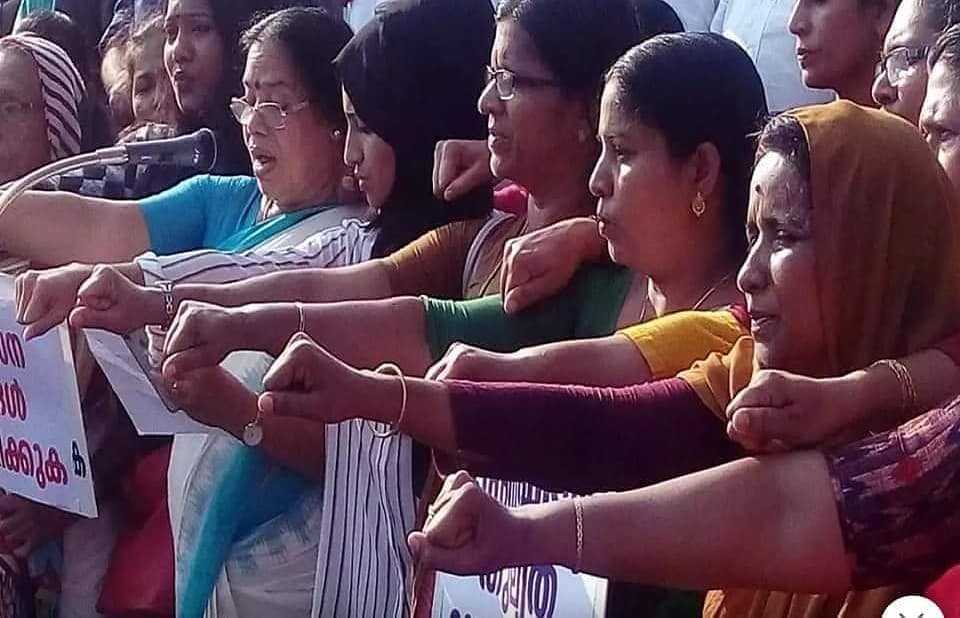 The response, according to news agency IANS, was so overwhelming that at some places two separate “walls” were formed to accommodate everyone.

The event dominated the conversation on social media, where users kept sharing powerful images of women standing up for their rights.

Tomorrow at 4pm IST, 5 million women will create a 620km long women’s wall across Kerala against the regressive policies of BJP and RSS.

Godi media is trying to ignore this huge revolution, as they know it will tarnish the image of the Emperor.

A photo essay#vanithamathil
Women’s wall, 620km, 5 million women, across all 14 districts of Kerala refusing to go back to the medieval ages and claiming gender justice. #Kerala pic.twitter.com/Bo4oNrR8gc

A Woman-wall challenging traditions at #Sabarimala, was engineered by CPIM govt today to counter the lakhs of hindu women who protested the verdict.

The wall was useful. It fully exposed the panic & hate, craftily hidden by certain people till now. pic.twitter.com/nP7U51tQgY