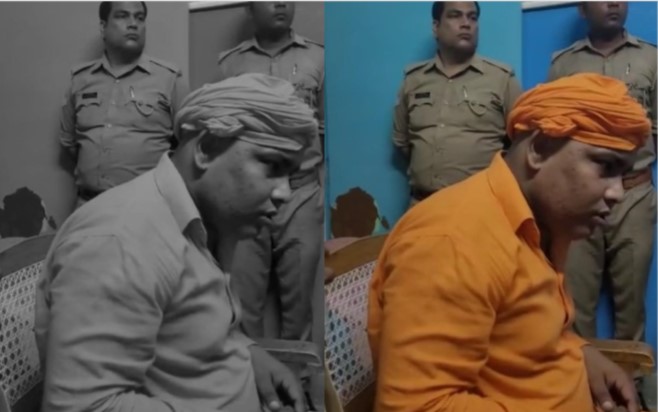 “The BJP government is the greatest enemy to the brotherhood and harmony. It’s hugely condemnable that the accused, who issued rape threats against the women from a particular community in the police’s presence, has not been arrested yet….The government must answer. The CM must tell us when he intends to run bulldoxers on this accused.”

In the viral video, Bajrang Muni was seen urging his followers to get Muslim women so that he could rape them. Surrounded by police personnel, the hatemonger had said that if any Hindu girl was harassed by any man of that community, he would himself rape their women. His rape threats were welcomed by loud cheers and clapping even as cops remained unmoved.

The police had registered an FIR against him following widespread outrage but failed to arrest the culprit. He was booked under sections 153A, 295A, 298, 354A, 504 and 509 of the IPC. Bajrang Muni had later issued a video, where he was seen apologising for his statement. He had said, “If I have hurt women in my viral video, then I am asking for forgiveness. Please forgive me.”

Bajrang Muni issues apology for giving open Rape threats to Muslim Women. He has uploaded a video on social media in which he can be seen apologising for his speech. This happens after massive outrage#ArrestBajrangMuni pic.twitter.com/8p2vy9sSsb