Forner India cricketer Gautam Gambhir on Friday joined the BJP after weeks of speculations. He accepted the party’s primary membership in Delhi in the presence of senior BJP leaders Ravi Shankar Prasad and Arun Jaitley. 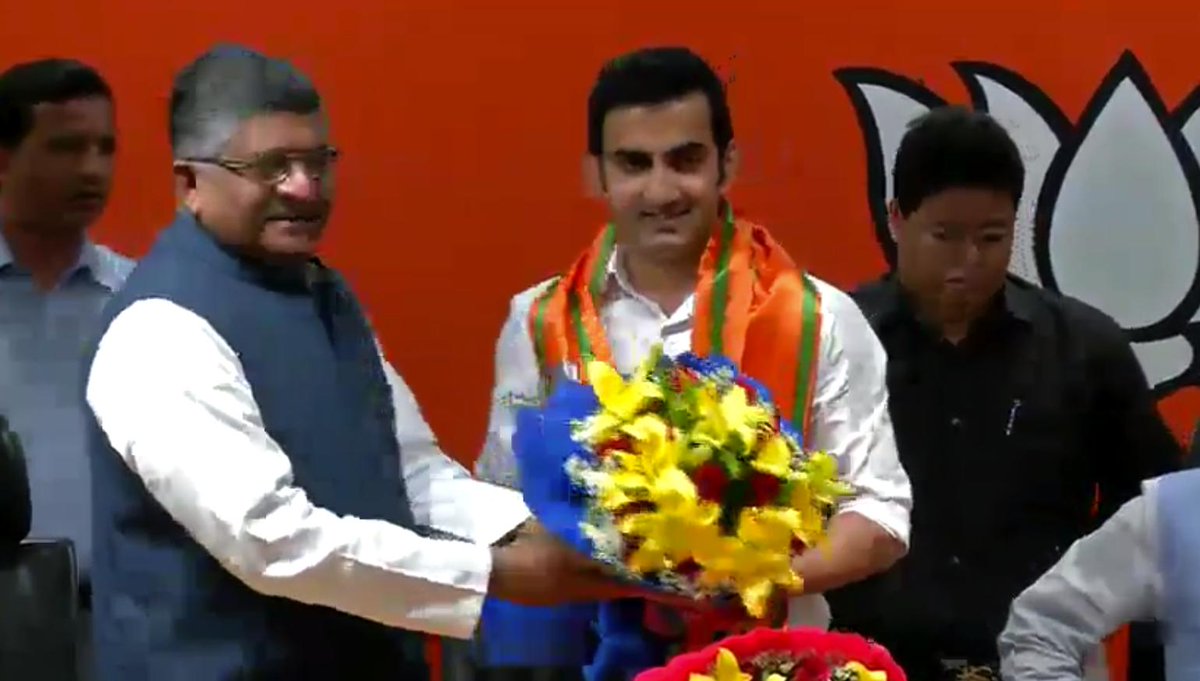 Speaking to media soon after joining the party, Gambhir said, “I am joining this party(BJP) after getting influenced by PM Narendra Modi’s vision. I am honoured to get the opportunity to join this platform.”

Gautam Gambhir: I am joining this party(BJP) after getting influenced by PM Narendra Modi’s vision. I am honoured to get the opportunity to join this platform pic.twitter.com/barD8XA7W9

Gambhir’s controversial tweets targeting non-BJP leaders and promoting hate agenda along the religious lines had give rise to speculations that he may soon join the BJP. Last year in August, it was reported that the former India opener may contest from the New Delhi assembly seat on a BJP ticket.

By joining the BJP, he has followed the precedence of several other formal cricketers, who’ve joined the electoral politics after quitting international cricket in the past. They are Chetan Chauhan, Navjot Singh Sidhu, Mohhamed Azharuddin, Mohammed Kaif, Kirti Azad, Vinod Kambli and Mansur Ali Khan Pataudi among others.

Gambhir has not played any international cricket for last two years. His performance in the IPL too has been abysmally poor. Soon after he left KKR to join his home team, Delhi Daredevils in the IPL, he had to quit the captaincy midway through the championship because of a series of defeat faced by his team.

Gambhir, known for his philanthropy, has also courted controversies for his tweets bordering the right-wing ideology. In April 2017, his dangerous definition of the three colours present in the Indian national flag had earned him the social media users’ wrath. One of his tweets had read, “Anti-Indians hav forgotten dat our flag also stands 4: saffron – fire of our anger, white – shroud for jihadis, green – hatred 4 terror. (sic)”

More recently, in April this year, an Australian blogger, Dennis Freedman, had controversially called him a ‘verbal terrorist.’ as he tweeted, “Gautam Gambhir is a verbal terrorist. The crap he said again today re relationship between India / Pakistan is dangerous.”