Assam Chief Minister Himanta Biswa Sarma has courted huge controversy after he publicly addressed BJP leader Amit Shah as the prime minister of India. If this wasn’t enough, Sarma also referred to Prime Minister Narendra Modi as the home minister of India. This has prompted the opposition Congress to take a potshot at the BJP asking if the party has already replaced Modi with Shah. 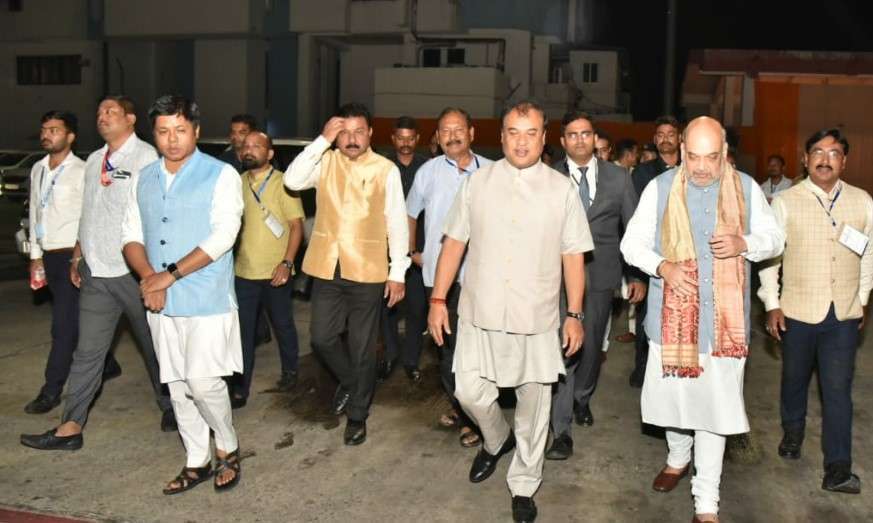 A video shared by the Assam Congress showed Sarma refer to Shah as the prime minister and Modi as the home minister of India.

When @sarbanandsonwal Ji was the CM, MP @pallablochandas on several occasions referred to cabinet minister @himantabiswa ji as the CM in public!
Has #BJP decided its next @PMOIndia replacing @narendramodi Ji?
Or a campaign has been launched to promote @AmitShah ji as the PM? pic.twitter.com/BgqgbbajXC

Sarma was earlier with the Congress but left the party to join the BJP ahead of 2016 assembly polls. The BJP won the assembly polls and made Sarbananda Sonowal the first-ever chief minister of Assam from the Hindutva party. Sarma was made a cabinet minister but there were whispers that he harboured aspirations to replace Sonowal. This became apparent in the aftermath of 2021 assembly polls when the top BJP leadership decided to replace Sonowal with Sarma even after the BJP won the polls the second time in a row.

The Assam Congress wrote on Facebook, “Has BJP decided on its next PM? Or a campaign has been launched to promote Amit Shah Ji as the PM replacing Narendra Modi Ji? Going by Das’ example, it doesn’t appear to be a slip of tongue?”

The BJP has not reacted to the Congress charge. The party has also not explained whether Sarma had committed an embarrassing gaffe or Shah was indeed set to replace Modi as the prime minister of India.