Officials in Odisha have ordered four nurses to go on leave after a TikTok video of their dance and frolicking inside the emergency ward went viral on social media this week. The four nurses asked to go on leave by Malkangiri District Magistrate Manish Agarwal are Ruby Ray, Tapasi Biswas, Swapna Bala and Nandini Ray. 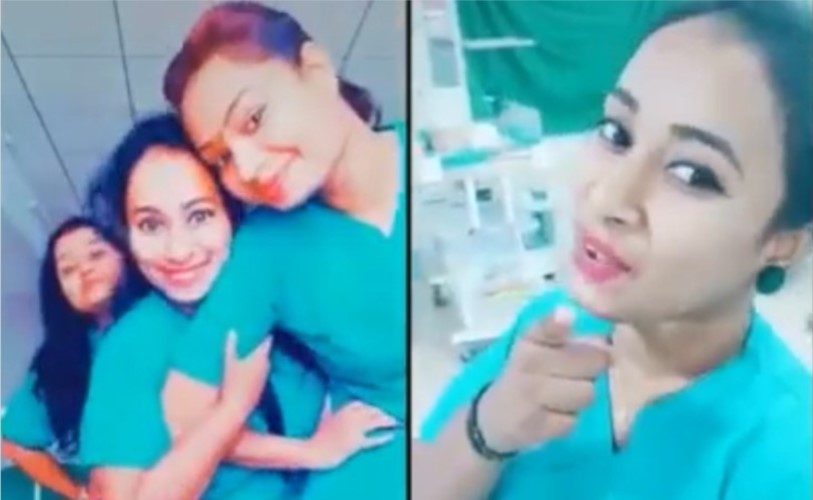 These nurses were served show-cause notices by CDMO on Wednesday for extreme medical negligence and recording TikTok videos inside the SNCU of the district headquarters hospital.

Left red-faced by the viral video of nurses working at the SNCU of the district hospital in Malkangiri, the state government had ordered a probe.

ADMO and the hospital’s Officer In-charge Tapan Kumar Dinda had said that an enquiry was being carried out and the probe report will be submitted to the superior authorities for necessary action.

Dinda had said, “After coming to know about the incident, I have initiated a probe into the matter and accordingly I will submit the report to the CDMO for necessary action.”