Former Mumbai Police Commissioner Param Bir Singh has written an explosive letter to Maharashtra Chief Minister Uddhav Thackeray accusing Home Minister Anil Deshmukh of using the suspended cop, Sachin Vaze, to collect Rs 100 crore every month. Singh’s stunning letter came just days after he was removed from his post due to lapses in the investigation on the discovery of an explosives-laden SUV from outside the residence of Mukesh Ambani. 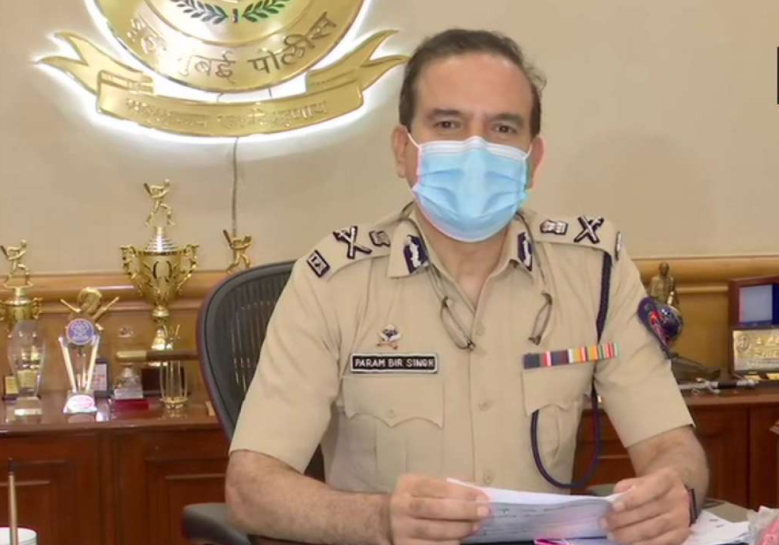 In his letter, Singh accused Deshmukh of using Vaze to collect Rs. 100 crore every month from the city’s bar and pub owners for his personal fund. Vaze was arrested in the SUV discovery case by the NIA before being suspended by the Mumbai Police.

As reported by media outlets, Singh alleged that ‘in the aforesaid context, Shri Sachin Vaze who was heading the Crime Intelligence Unit of the Crime Branch of the Mumbai Police was called by Shri Anil Deshmukh, Hon’ble Home Minister, Maharashtra to his official residence Dyaneshwar several times in last few months and repeatedly instructed to assist in collection of funds for the Hon’ble Home Minister.’

According to Singh he was shocked when Vaze informed him about Deshmukh’s alleged plan adding that he ‘was mulling over how to deal with the situation.’

Deshmukh, who had earlier justified Singh’s transfer to the Home Guard due to lapses in the investigation in the SUV discovery case, has denied the former top cop’s allegations. Deshmukh tweeted, “The former Commissioner of Police, Parambir Singh has made false allegations in order to save himself as the involvement of Sachin Waze in Mukesh Ambani & Mansukh Hiren’s case is becoming clearer from the investigation carried out so far & threads are leading to Mr. Singh as well.”