Former Jharkhand BJP MLA Saryu Roy on Sunday shared photos of his meeting with Delhi Chief Minister Arvind Kejriwal and his deputy Manish Sisodia at the Delhi airport. Both Kejriwal and Sisodia were on their way to Punjab to take part in a roadshow following their party’s landslide victory in the just-concluded Punjab elections. 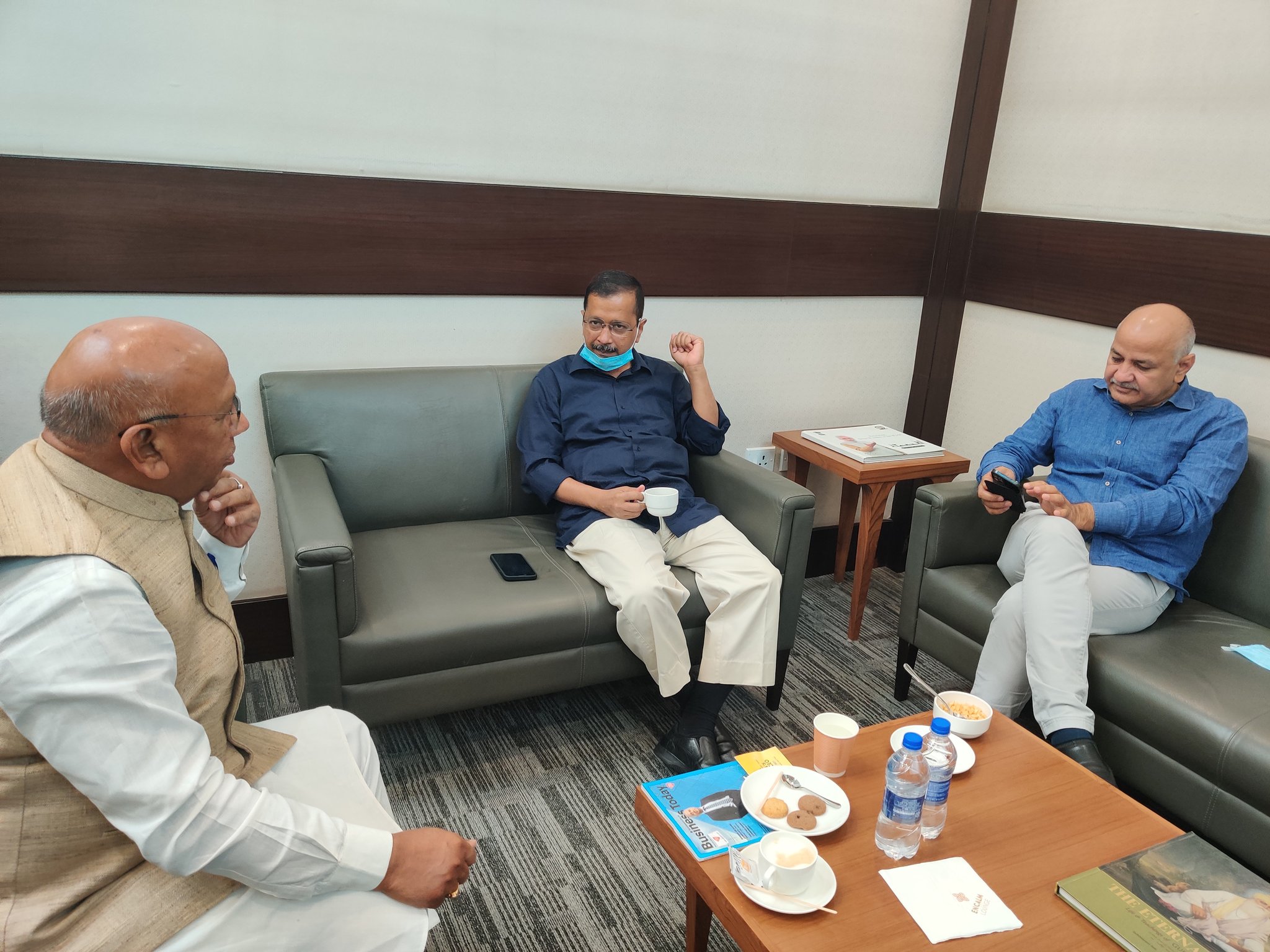 Sharing the photos, Roy tweeted in Hindi, “I met Delhi Chief Minister Arvind Kejriwal and Deputy Chief Minister Manish Sisodia at the Delhi airport. They were going to Amritsar for a road show. We discussed several issues and old memories turned fresh. I requested them for a formal meeting during my next Delhi visit.”

A former BJP leader, Roy had left the saffron party to contest the 2019 assembly polls as an independent candidate. He went on to defeat the then Jharkhand Chief Minister Raghubar Das by over 12,000 votes from the Jamshedpur (East) seat. His decision to sever ties with the BJP was taken after he was was denied re-nomination from Jamshedpur (West) seat. This had prompted him to resign as a minister in the Raghubar Das government and fight as an independent candidate.