Former cricketer Amit Mishra, who was once arrested for outraging a woman’s modesty inside a hotel room, on Friday faced incessant criticism for trolling ex-India all-rounder Irfan Pathan for the latter’s ‘my beautiful country’ tweet. 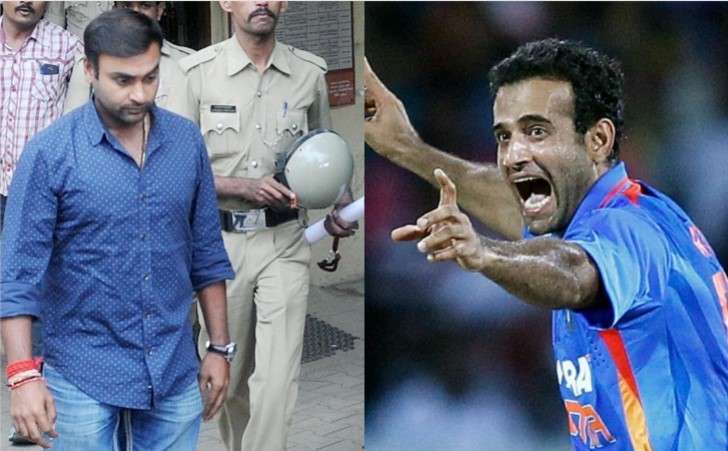 Pathan had tweeted on Friday, “My country, my beautiful country, has the potential to be the greatest country on earth.BUT………”

Though the context of Pathan’s tweet wasn’t explicitly clear, it appeared to have been written in the wake of atrocities committed by Delhi’s BJP-run civic body against the poor and helpless in Jahangirpuri. The civic body is now facing Supreme Court’s scrutiny if it demolished houses, shops, and parts of a mosque in violation of the top court’s order.

My country, my beautiful country, has the potential to be the greatest country on earth.BUT………

Without naming Pathan, Mishra tweeted, “My country, my beautiful country, has the potential to be the greatest country on earth…..only if some people realise that our constitution is the first book to be followed.”

From Mishra’s tweet, it was clear that he had attempted to complete Pathan’s social media post with a hidden Hindutva agenda. His post earned him plenty of ridicule from netizens.

One user wrote, “But another Mishra (Madhya Pradesh Home Minister Narottam Mishra) rules by the Shastras.” Another user reminded him about his past when he was arrested on the complaint of a woman. “What is the second book? Amit Mishra is that you?”

But another Mishra rules by the Shastras. https://t.co/mS192v7wBQ

What is the second book?

Amit Mishra is that you ?https://t.co/VzzmfgunUK

If someone is attacking the constitution of India it's @narendramodi & @RSSorg @MishiAmit just check this fact.

In 2015, Mishra was arrested by the Bangalore Police after a woman alleged the cricketer, then part of the Indian team had assaulted her inside his hotel room. According to news agency PTI, Mishra was booked under the Indian Penal Code sections 354 (assault or criminal force to woman with intent to outrage her modesty) and 328 (causing hurt with intent to commit an offence).

Mishra had an average cricket career with the Indian team unlike Pathan, who achieved greater heights as an all-rounder. Mishra took 76 Test and 64 ODI wickets during his short international career.

In contrast, Pathan scalped 100 wickets in Test and 173 in the 50-over format of the game. He also picked up 28 wickets while representing India in T20 format.  Pathan also scored close to 3,000 runs as a batsman in all three formats including one century and 11 half-centuries.