A suicide bomber belonging to terror outfit Jaish-e-Mohammed on Thursday caused large-scale carnage in Jammu and Kashmir’s Pulwama by killing at least 42 CRPF soldiers. This is being termed as the worst ever attack on Indian forces by militants in the valley. The attack evoked strong reactions from India’s political class as politicians cutting across party lines expressed sorry and anguish. 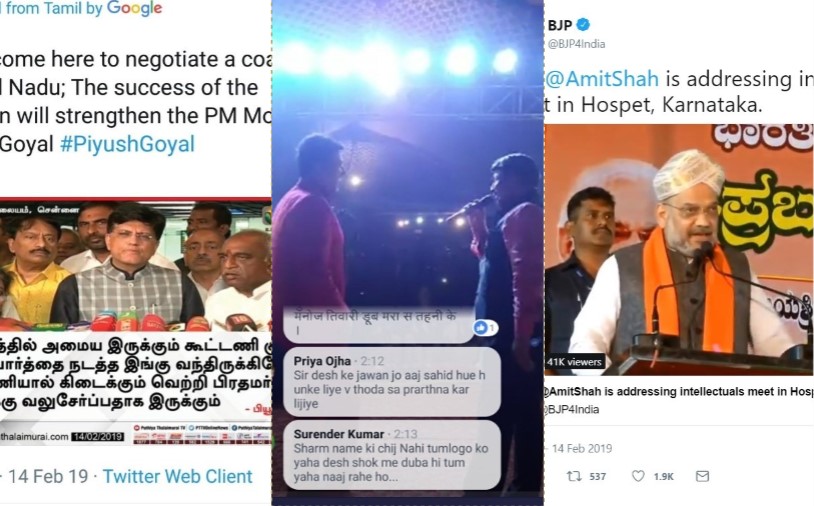 However, there were some notable politicians, who simply could not care much on the deaths of 42 CRPF soldiers as they remained focussed on far more pressing commitments across the country. For them, seeking votes and entertaining audience at a musical concert assumed more importance than expressing solidarity with Indian forces or the families of those killed in Thursday’s attack.

Leading the pack was BJP President Amit Shah, who was seen addressing an election rally in Karnataka’s Hospet. The BJP was streaming his election live from all its social media platforms at at 8.36 pm, five hours after the attack had left nearly four dozen Indian soldiers dead. Shah started his speech with his fake ‘Bharat Mata Ki Jai’ chants as he flaunted his importance of being a sought-after BJP leader, who had gone the extra mile to be at the rally since he did not want to disappoint the ‘huge crowd’ who waited for him patiently.

He gloated, “It’s all my fault that I am late. Although I had asked the organisers to let someone else speak here and conclude the rally. But, seeing such a huge crowd here, I am feeling extremely happy.” By this time, the news of 42 CRPF soldiers’ death had been confirmed, but Shah did not deem it fit to pay condolence to them, let alone cancel his election commitment altogether. 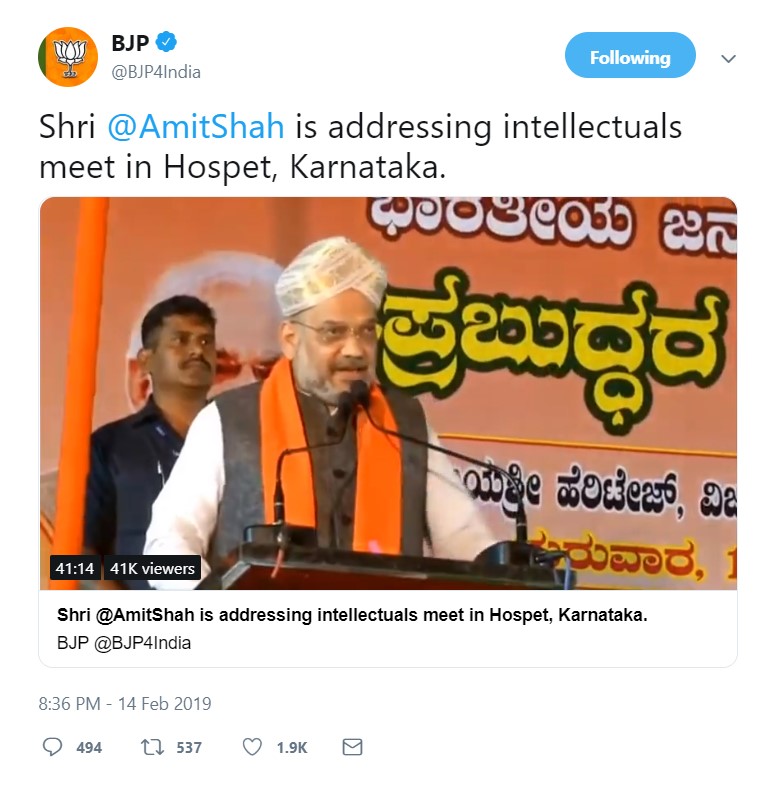 As expected, the BJP president faced a brutal attack on social media with ‘shameless’ and ‘fake nationalist’ jibes.

Since Shah as the BJP President had shown his disdain to India’s fallen heroes, his party colleagues obediently followed him. Union Minister Piyus Goyal too couldn’t less and arrived in Tamil Nadu, where he said, “I have come here to negotiate a coalition.’ He added, “The success of the coalition will strengthen PM Modi.” He told reporters that there will be good news soon. 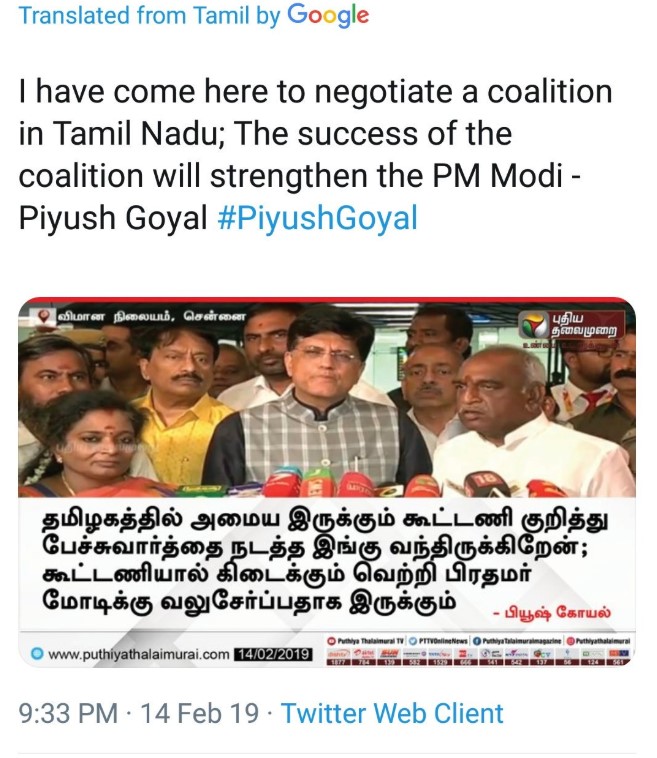 Goyal too faced flak for his utter insensitivity with many asking why he couldn’t learn from Congress general secretary Priyanka Gandhi Vadra, who had cancelled her inaugural press meet saying that ‘It is not proper that we discuss politics today on a day this terror attack has taken place.’

Outsmarting Shah and Goyal in their insensitivity and hypocrisy was BJP MP from Delhi Manoj Tiwari, who was seen performing atb a musical concert in Allahabad. Soon after Tiwari started facing social media roasting, the organiser of the event, one Prabhunath Ray Dadhi, deleted the Facebook Live video from his page.’ 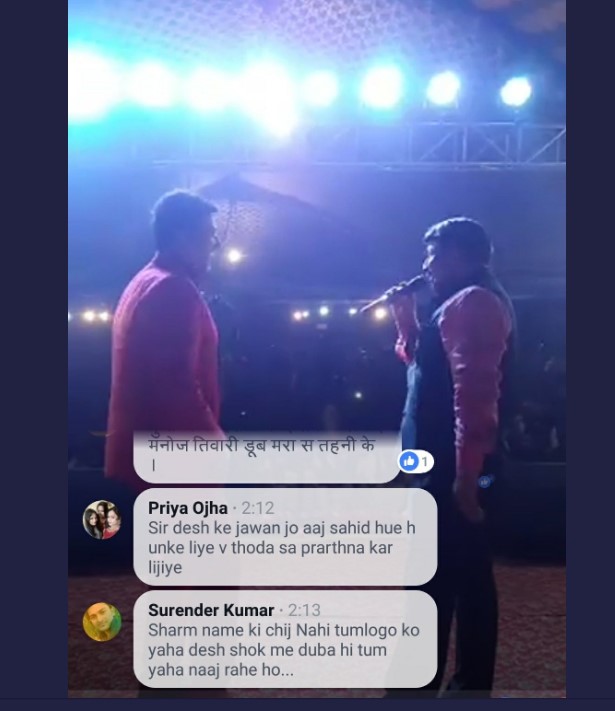 And Manoj Tiwari is mourning by dancing right now? I understand you need to defend the indefensible but surely at least today you can sacrifice Rs 2/tweet? https://t.co/5RwWtQrmOx

Mr. Rinkiya ke Papa ‘Manoj Tiwari’ doesn’t like to break his schedule no matter what happens in the country.

Shah, Goyal and Tiwari have been called shameless and hypocrites because these are the same politicians who are never tired of giving grief to others while pushing their fake agenda of nationalism.