Several exit polls have predicted a complete rout for the JDU-BJP in Bihar, while the Mahagathbandhan or the Grand Alliance mainly comprising the RJD and the Congress is likely to win a historic mandate. According to Republic TV-Jan Ki Baat exit poll, the Mahagathbandhan is likely to win between 118 and 138 seats, while NDA is predicted to win between 91 and 117 seats. An alliance needs just 122 seats to secure a majority in the Bihar Assembly. 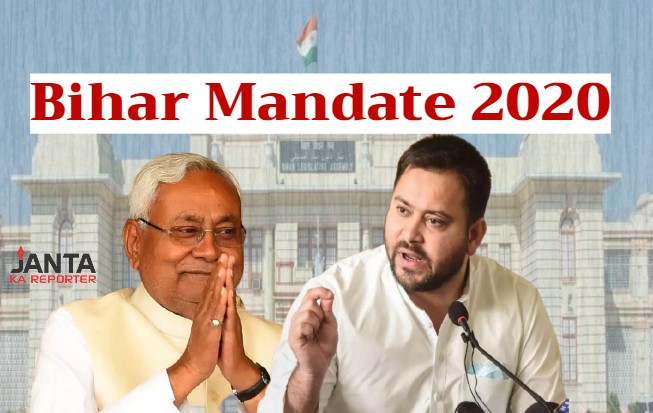 According to India Today-Axis My India, Tejashwi Yadav-led Mahagathbandhan is set to win between 139 and 161 seats, while the NDA is predicted to win just 61-91 seats.

The exit poll prediction by CNN News 18-Todays Chanakya has given a whopping 180 seats to the Mahagathbandhan, while the NDA is only expected to win 55 seats, according to its survey.

Times Now- C Voter exit poll has predicted 120 seats for the Mahagathbandhan, while it has said that the NDA was likely to win up to 116 seats.

Bihar went to polls in three phases with the last phase of the election being held on 7 November. The counting will take place on 10 November.

Nitish Kumar is seeking a fifth term as chief minister, while Tejashwi Yadav of the RJD has been projected as the CM face for the Mahagathbandhan.