Punjab Chief Minister Captain Amarinder Singh has reacted angrily after a UP cop was accused of tugging a Sikh man’s beard during a scuffle recently. Reacting to a video on Twitter, Singh had demanded strict action against the erring cop. Faced with public embarrassment, the UP Police has now apologised for the poor conduct of one of its officers. 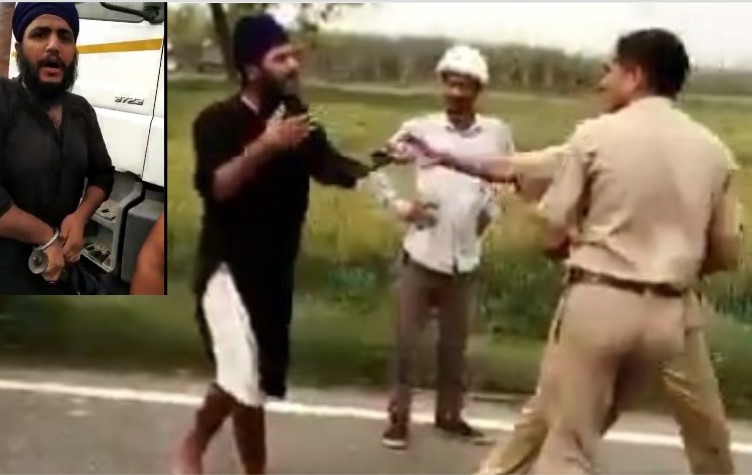 The Punjab chief minister wrote, “Deplorable incident. Shameful that a man in uniform should show such scant regard for the religious sentiments of a common man. Request @myogiadityanath to take the cop concerned to task. A strong message needs to go out that @BJP4India doesn’t condone such behaviour.”

This was after a local journalist had shared a video of a scuffle between two Sikh truck drivers and a cop in Muzaffarnagar. In the video, two angry Sikh drivers were seen expressing their anger accusing the cop of mocking their faith by tugging at their beard. One angry driver had even taken out a sword against the cop.

A Sikh truck driver confronted @Uppolice cops with his sword after officials ‘pulled’ his beard after the driver allegedly did not give way to the police van behind. The incident that occurred on Shamli- Muzaffarnagar border in Shamli. pic.twitter.com/RqUMOyfvul

Moments later, the UP police apologised from its official social media handle as it wrote, “We regret the whole incident sir.
The concerned policeman is being suspended and the whole incident will be enquired by an SP rank officer. UP Police is unequivocally committed to respect the religious sentiments of all citizens and such behaviour shall never be pardoned.”

We regret the whole incident sir.
The concerned policeman is being suspended and the whole incident will be enquired by an SP rank officer.
UPPolice is unequivocally committed to respect the religious sentiments of all citizens and such behaviour shall never be pardoned.

Uttar Pradesh Chief Minister Yogi Aidtyanath has been under the scanner for his attempts to divide the society by making communally charged statements against the minorities during the ongoing election campaign.