The Election Commission on Friday found comments made by Uttar Pradesh Chief Minister Yogi Adityanath and NITI Aayog Vice Chairman Rajiv Kumar objectionable and in violation of Model Code of Conduct, but refused to take any action against them. The national poll body only requested them to not repeat similar utterances in future. 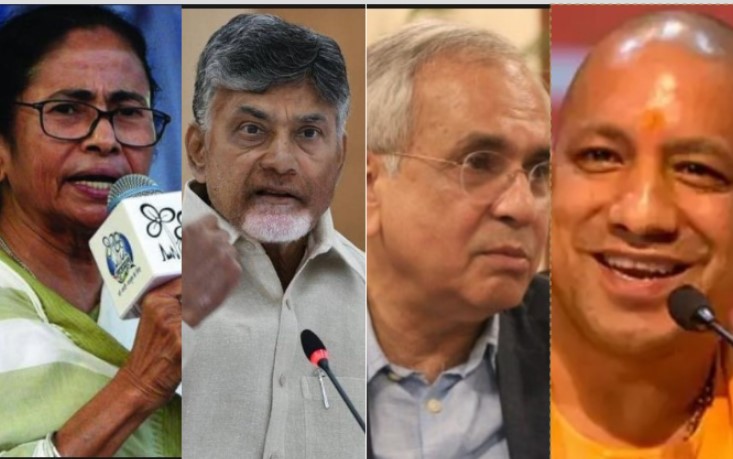 In response to Kumar’s extraordinary attack against Congress President Rahul Gandhi, the Election Commission, according to news agency ANI, said, “….your comments violate Model Code of Conduct norms. Commission has decided to convey its displeasure to you for your comments & expects you shall exercise caution in future”

Reacting to Gandhi’s minimum income guarantee scheme NYAY, Kumar had tweeted, “The proposed income guarantee scheme fails the economics test, fiscal discipline test and execution test.” In his subsequent tweet, he had mocked Gandhi’s announcement, adding that “true to its past record of promising the moon to win elections, Congress President announces a scheme that will bust fiscal discipline, create strong incentives against work and which will never be implemented.”

True to its past record of promising the moon to win elections, Congress President announces a scheme that will burst fiscal discipline, create strong incentives against work and which will never be implemented. (1/2)#MinimumIncomeGuarantee @PMOIndia @FinMinIndia

Congress party promised #GaribiHatao in 1971, #OROP in 2008, #FoodSecurity in 2013 to win elections, but couldn’t fulfill any of those.
The same unfortunate fate awaits the populist and opportunistic promise of #MinimumIncomeGuarantee. @PMOIndia @FinMinIndia @aajtak @abpnewstv

The Election Commission also expressed its displeasure on the comments made by Adityanath, describing the Indian army as Modi ji ki sena (Modi’s army).’ The EC, according to PTI, expressed its disapproval to his comments, but merely said, “Be careful in your utterances in the future.”

Addressing an election rally on 1 April in Ghaziabad, Adityanath had said, “Congress people used to serve terrorists biryani, but Modiji’s Sena (Modi’s Army) gives them only bullets and bombs.”

Meanwhile, the Election Commission ordered a mass transfer of officers in two non-BJP ruled states, West Bengal and Andhra Pradesh. In a letter to West Bengal Chief Secretary, the EC ordered the transfer and posting of several high-profile officers. According to the new circular, Rajesh Kumar, currently posted as the ADG, Pollution Control Board, has been appointed the Commissioner of Kolkata Police, while Natarajan Ramesh Babu, ADG & IGP, Operations, has been given a new posting as the Commissioner of Bidhan Nagar, also known as Salt Lake City, Police.

The EC under its Chief Election Commissioner Sunil Arora has often faced flak for being biases in favour of the BJP, but its latest stand on Adityanath and Kumar will expose the national poll body for more condemnation.