Prime Minister Narendra Modi on Sunday made desperate attempts to woo Muslim voters in Bihar during a rally in Patna by repeatedly referring to his recent meeting with Saudi Crown Prince Mohammed Bin Salman, who’s popularly known as MBS. But by doing so, he may have plagiarised the speech made by his Pakistani counterpart, Imran Khan. 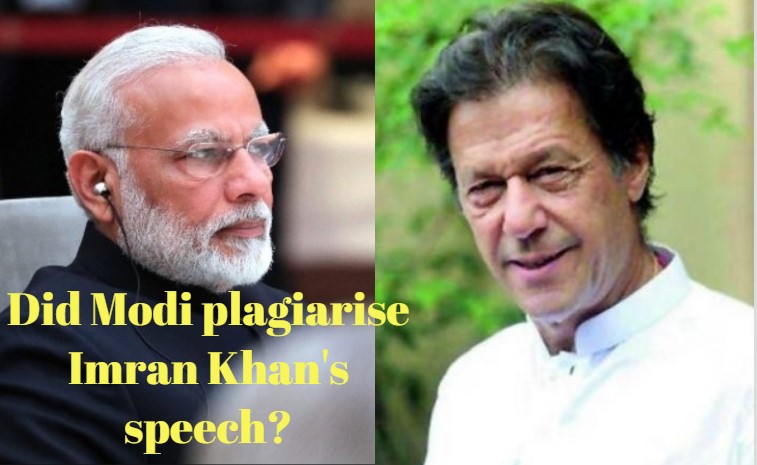 While addressing the rally in Patna, Modi referred to his meeting with MBS and how he had managed to persuade the Saudi Crown Prince to increase the quota for Indian hajj pilgrims to 2 lakh annually. Modi then shared what he claimed was his conversation with MBS during his recent visit to India.

Modi told the crowd, “That’s not all. I told the Crown Prince. Young people from India travel to Saudi Arabia to earn their living. Most of them are from poor families. They are innocent and hard working people. They make small mistakes because they are not aware of the local laws. They end up going to jails and remain there for years….I requested Crown Prince to expedite their legal process and have them released as soon as possible.”

Modi went on to add that MBS assured him the same day that all 850 Indians, currently languishing in Saudi jails will be freed. This part of Modi’s speech was met with thunderous applause and cheer.

However, Modi did not mention this incident during his joint statement with MBS when the latter visited Delhi last month. But what he told the gathering in Patna resonated exactly with what Imran Khan had said to Saudi Crown Prince during the latter’s visit to Islamabad. MBS had travelled to Pakistan first before arriving in India.

Addressing MBS, Khan had said, “I just wanted to mention that there are 2.5 million Pakistani labours..I just want to say your highness that these are people, very close to my heart. Very special people, who leave their families, who take all the trouble just to go away to earn a livelihood for their families. These are mostly people, who don’t see their families for a year, six months…It is something which will please the Almighty. If we can treat them, there are some three thousands prisoners there.”

He had continued, “There are 3,000 prisoners there. We would like you to bear in mind that they are poor people, who’ve left their families behind. So, just a request that these are very special people for us…Special request from them that sometime they face hardships. We would like you to look upon them as your own people.”

This had prompted MBS to make an immediate announcement that he will immediately act on Khan’s plea as he said, “Mr Prime Minister, just to reassure you. Just consider me in Saudi Arabia as the ambassador of Pakistan. We cannot say no to Pakistan. Whatever we can do, we will deliver that.”

One wonders if Modi has lifted the content of Khan’s speech to woo Muslim voters in Bihar, whose support will be crucial for the BJP’s win in the state in this year’s parliamentary polls. The BJP will be contesting the Lok Sabha polls in alliance with Nitish Kumar’s Janata Dal-United.